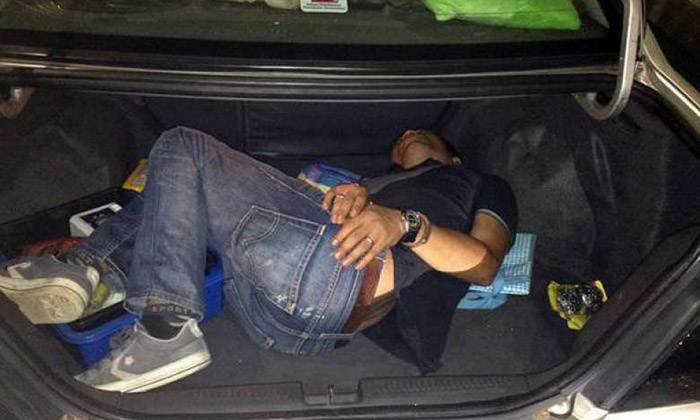 An Indonesian man, Sabaruddin Bin Sutarmin, 54, was sentenced to two years' jail on Friday (July8) for arranging to bring an overstayer out of Singapore.

In May last year, Sabaruddin had arranged for the illegal departure of Indonesian Sofyan Soeb, 41, who had overstayed in Singapore, via a Malaysia-registered car through the Woodlands Checkpoint. The car was driven by a third Indonesian, Hasan Bin Maksum, 48.

Following the conviction of these two, ICA officers then conducted further investigations and found that Sabaruddin - a Malaysia permanent resident living in Johor Baru - was involved in the arrangements relating to the illegal departure.

A warrant was issued for his arrest and through collaboration with the Malaysian Royal Police, ICA officers executed the warrant of arrest and escorted Sabaruddin back to Singapore for investigation.

Sabaruddin has been spared from caning due to his age.

In a press release on Friday, the ICA said it takes a serious view of attempts to overstay, enter or depart Singapore illegally.

"Our borders are our first line of defence in safeguarding Singapore's security. The enhanced security checks are critical to our nation's security. We have tightened our security checks on passengers and vehicles at the checkpoints to prevent attempts to smuggle in undesirable persons, drugs, weapons, explosives and other contraband," said the ICA.

Under the Immigration Act (Cap 133), the penalties for overstaying or illegal entry are a jail term of up to six months plus a minimum of three strokes of the cane, while the penalties for engaging in the business of conveying prohibited immigrant into and out of Singapore is a jail term of not less than two years and not more than five years, and caning of not less than three strokes.