How trio from China stole $100,225 worth of chips from patrons at RWS and MBS with double-sided tape 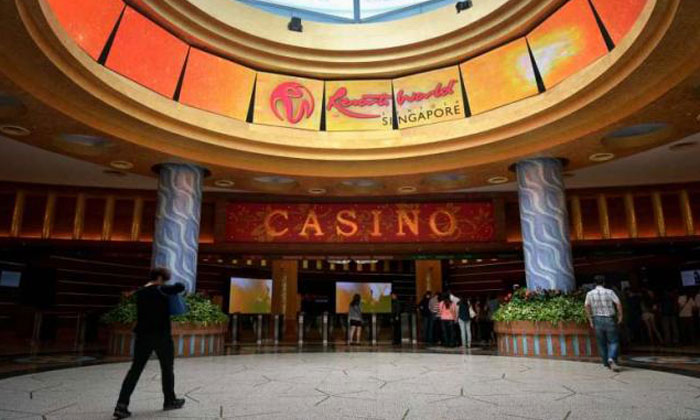 Using a simple trick of sticking double-sided adhesive tape on their palms, a trio from China stole $100,225 worth of chips from more than 60 patrons at the casinos in Marina Bay Sands and Resorts World Sentosa.

After their three-week theft spree, two of them, Zhou Haiming, 41, and Luo Jianguo, 37, left for China but returned 10 days later to line their pockets.

The pair were promptly arrested while trying to enter the MBS casino. Several pieces of ready-cut double-sided tape were found on them.

Zhou and Luo were initially sentenced to 18 months' jail in May by a district court.

But on Friday (Aug 26), the High Court increased their respective sentences to two years' jail on appeal by the prosecution.

The third member of their team, Huang Xiaomei, remains at large.

The court heard that in China, Zhou and Luo were told by a friend that he knew someone - Huang - who "earns a lot of money at the casino in Singapore".

When Zhou and Luo arrived in Singapore on social visit passes on Sept 18, 2015, they met Huang at the MBS casino, where she told them they could make money by stealing casino chips from gamblers.

She taught them how to steal casino chips using double-sided tape. The trio worked together, with one person "palming" the chips while the others distracted the dealer and the victim.

The trio had a success rate of 95 per cent. The theft of $100,225 worth of chips, on 284 different occasions, was not detected. Neither were another 13 occasions of attempted theft.

The duo returned to Singapore on Oct 24, 2015 and were arrested on the same day.