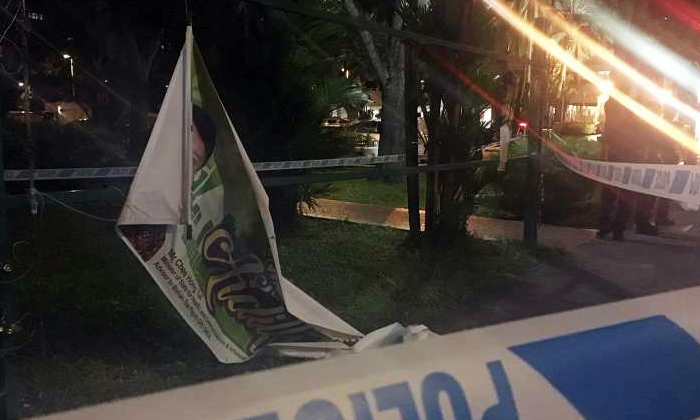 Four grassroots banners along Toa Payoh North appear to have been cut down on Saturday night (July 23).

Police were seen putting up a cordon around two of the banners at about 10.30pm.

Mr Johnson Foo, a grassroots leader, called the police at 9.40pm after checking on the banners. A resident had informed him that four banners were on the ground and he came to see if they were blown off by heavy winds.

The resident also told grassroots volunteers that a man, whom he described as short and heavy-built, had slashed the four banners before heading in the direction of Braddell MRT Station.

Mr Henry Cheong, chairman of Toa Payoh Zone 1 Residents' Committee, who has been a grassroots volunteer in Toa Payoh for close to 40 years, said he had not heard of such an incident before.

Among the torn banners is a day-old banner announcing an emergency preparedness exercise happening at the end of the month, and one featuring MP (Bishan-Toa Payoh GRC) Chee Hong Tat wishing his residents well for Hari Raya.