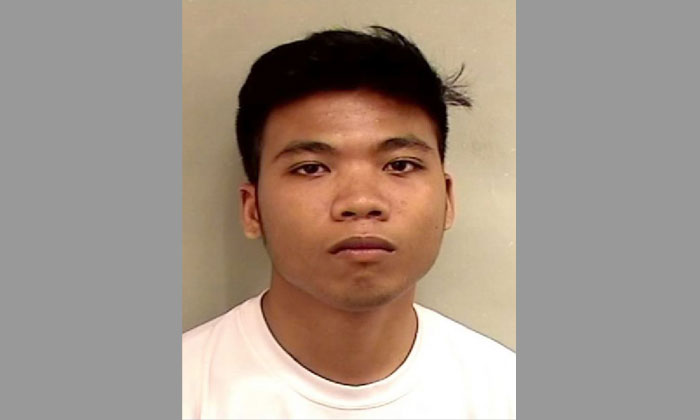 While on duty at the Tuas Checkpoint in Aug last year, a Certis Cisco corporal decided to have some fun with his revolver.

But his firing of the weapon led to a series of attempts to cover up the offence and eventually got his colleague fired, fined and jailed.

Last Aug 13, Gregory Lai Kar Jun, 23, and his then-colleague, Muhammad Dzul Adhar Azmi, who was also a Certis Cisco corporal at that time, were at an observation point at the Checkpoint.

Lai took out his revolver to play a game similar to Russian roulette.

Dzul, now 22, was nearby when Lai fired one shot.

Instead of reporting it to the authorities, Dzul kept mum and even tried to help his friend cover his tracks.

But they were caught and Dzul was jailed three weeks and fined $2,000 yesterday.

He pleaded guilty to one count each of intentionally obstructing the course of justice and failing to give information to the police about the rash act Lai had allegedly committed.

Deputy Public Prosecutor (DPP) Sarah Shi said Lai placed a bullet into the chamber of his revolver at around 2pm on Aug 13 last year before pulling the trigger.

The weapon did not fire at first, but it went off when Lai pulled the trigger again.

Lai later found the used bullet under a table at the observation point and took it.

DPP Shi said: "Lai told the accused that he had an idea to put one bullet in a toilet bowl, following which he would claim that he had lost two bullets while using the toilet."

Dzul agreed to help him and they planned to get rid of the used bullet.

DPP Shi told District Judge Crystal Ong that Lai hatched a plan to hide it in a traffic wand and Dzul agreed to help him.

After concealing it in the wand, Lai went to a nearby restroom and threw a second bullet into a toilet bowl.

He then reported the matter to the Tuas Checkpoint operations room.

In the meantime, Dzul retrieved the used bullet from the traffic wand and placed it inside a cigarette box.

Police officers conducted their investigation and tried to look for the bullet at around 8.50pm that day.

Dzul and Lai also took part in the search.

DPP Shi said Dzul took the discharged round to Bedok Reservoir and threw it into the water at around 2am the next day.

Stressing that Lai's alleged offence was a serious one, she urged Judge Ong to jail Dzul between one and two months, and fine him $2,000.

Dzul's lawyer, Mr Rajan Supramaniam, told the court his client had lost his job with Certis Cisco due to his offences and is now working as a truck assistant.

He added Dzul had been blinded by his loyalty to Lai and asked for his client to be given the minimum sentence.

For intentionally obstructing the course of justice, Dzul could have been jailed up to seven years and fined.

And for failing to give information to the police about the rash act Lai had allegedly committed, he could have been jailed up to six months and fined.