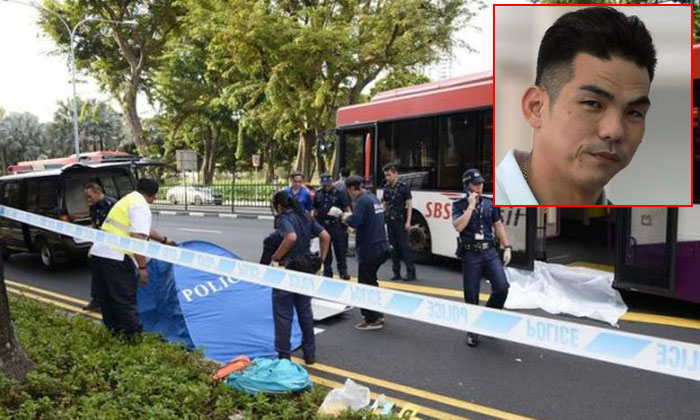 A former SBS Transit bus driver was charged in court on Tuesday (Sept 27) with causing the death of an elderly pedestrian at Lorong 6 Toa Payoh in July this year.

It was Wong Kum Fatt's first day of work on July 7 when he allegedly failed to give way when making a left turn out from Toa Payoh interchange into Lorong 6 Toa Payoh at 6.24am while driving Service No 235.

This resulted in the bus hitting Mr Wee Joon Kin, 78, who was walking at a pedestrian crossing, causing his death. Mr Wee was pronounced dead at the scene by paramedics.

Wong's $10,000 bail has been extended. He appeared in court with his wife and sister-in-law.

The case will be mentioned on Oct 25.

If convicted of causing death by negligence, he faces a jail term of up to two years and/or a fine.

Related Stories
S'pore man dies from injuries in Genting tour bus crash, another guy in critical condition
Elderly pedestrian's leg so badly mangled in bus accident it had to be amputated
11 sent to hospital after van and car crash into bus stop opposite Singapore Poly
More About:
Bus
driver
reckless driver
accident
death