Death of boy, 11, who fell 17 floors after failing his exams for the first time ruled a suicide 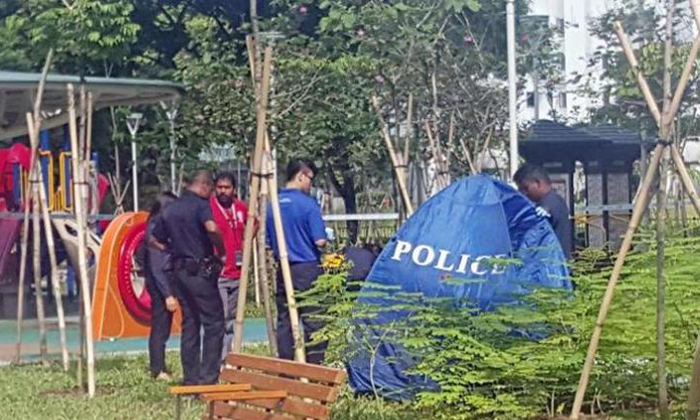 The death of an 11-year-old boy, who fell 17 floors from his bedroom window on the day he was to show his parents his mid-year examination results, was found to be "a deliberate act of suicide" on Friday (Oct 21).

In his findings, State Coroner Marvin Bay urged parents and educators to remind children that "their efforts in study may not always yield a commensurate result, and also that such failures are transient or temporary events".

He added: "Parents and educators should also constantly reassure them that they will always be there to help the child through each stumble, winding turn and setback in their education journey."

The boy, referred as Master H, was a Primary 5 pupil who had never failed in any of his subjects. But students transitioning from Primary 4 to Primary 5 would generally have a dip in their results. Changes in their examination format are meant to prepare them for the Primary School Leaving Examination (PSLE), the court heard.

On May 12, Master H got back his examination papers for English language, Mathematics, Chinese language and Higher Chinese. Out of a score of 100, the boy got 50, 20.5, 53.8 and 12 marks respectively.

On May 14, his mother bought him a kite, after he told her his examination results were "average". In previous years, he had gotten an average of 70 marks for his subjects. The next day, a Sunday, he went to fly the kite with his father.

The court heard that the mother would cane the boy's palm lightly, for every mark he fell short of her stipulated standard of 70 per cent.

On the morning of May 18, the mother saw the boy in his school uniform. But he was supposed to go to school in his physical education attire, as he had a Wushu lesson. She asked him to change his attire.

Shortly after, when his parents found his room door locked, they opened it with a spare key. But they found the boy missing.

They then saw him lying at the foot of the block. A paramedic pronounced the boy dead at 7am.

The mother was seen crying and repeatedly saying in Mandarin next to her son: "I only ask for 70 marks, I don't expect you to get 80 marks."

Said Mr Bay: "Master H appeared to have difficulty in understanding, and coming to terms with his precipitous fall in his grades. He appeared fearful of revealing his poor grades to his parents ...

"In his desperation, he had woven a fictitious account of his grades to preserve an impression that he was coping well, and attaining grades that conformed to their pre-set expectations.... He had tragically taken his own life, rather than face the remainder of the day."

Related Stories
Primary 5 boy who fell to his death at Fernvale Link: Mum believes he killed himself over exam results while dad feels it was an accident
Boy, 11, falls from 17th floor of Fernvale Link block before he was supposed to bring home exam paper
14-year-old boy found dead at foot of HDB block in Yishun -- on the same day after he was investigated for outrage of modesty
11-year-old Maris Stella pupil mysteriously dies on school bus
fall
death tent
death
student
Primary 5 students falls to his death after failing his exams