Cash and items worth $29,000 seized after police bust pickpocket syndicate 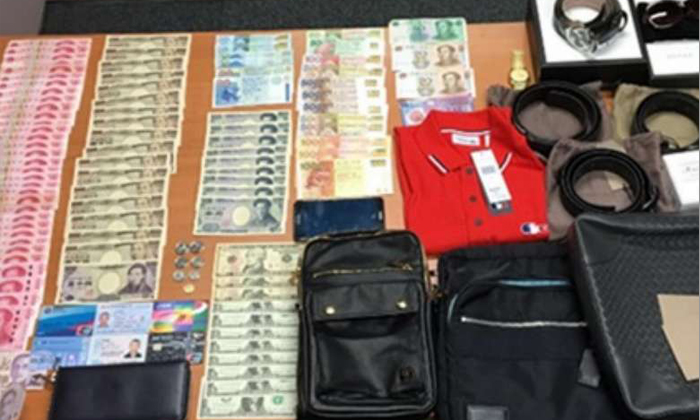 The police have busted a pickpocket syndicate which allegedly targeted tourists and used their credit cards to make purchases at luxury shops.

In a press release on Tuesday (Aug 9), police said they were first alerted to a suspected case of cheating at a luxury retail watch shop along Orchard Road last Saturday.

A man had presented a credit card bearing a Japanese name to make payment, which the shop's sales assistant found suspicious as the man was conversing with two other Chinese men in Mandarin.

The transaction using the card failed to go through due to a system error and the trio left the shop.

Following up on the case, police traced the credit card to a Japanese tourist, who realised his wallet was missing. He then lodged a police report.

Officers from Central Division and the Commercial Affairs Department subsequently conducted investigations to trace members of the pickpocket syndicate.

During a four-hour operation on Monday, the trio were arrested at Changi Airport for their suspected involvement in several cases of theft and cheating.

An assortment of foreign currencies and items such as wallets, bags, belts and watches worth about $29,000 were found in their possession.

Preliminary investigations revealed that the syndicate's modus operandi was to steal from tourists and use their credit cards.

If convicted, they could be jailed up to 10 years and fined.