Beware of this ZoukOut ticket scam: At least 23 victims cheated of $3,400 in total 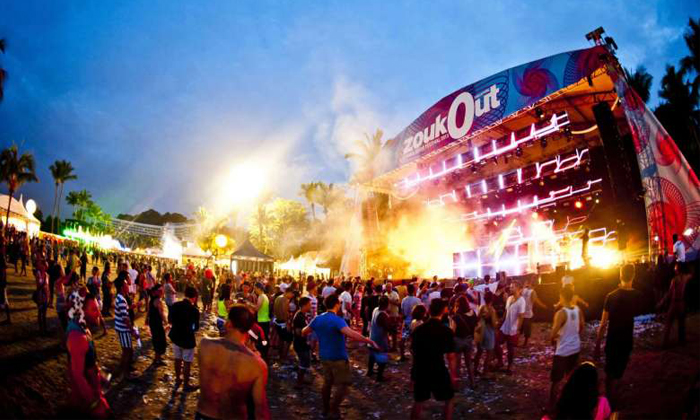 Hoping to watch his favourite DJs in action at this year's ZoukOut, Mr Benjamin Goh scoured online marketplace Carousell in October for tickets.

The 18-year-old full-time national serviceman thought he had scored a good deal when he found a two-day festival ticket going for $140, about $70 cheaper than its original price.

He paid a $40 deposit immediately. But when it was time to meet up to collect the ticket a few weeks later, the seller became uncontactable.

"I waited for him for an hour at the meeting point. He blocked me on WhatsApp and when I tried calling his phone, he didn't pick up or it would be unavailable," said Mr Goh, who then made a police report on Nov 12.

In November, at least 23 reports were made by victims who were tricked into paying for ZoukOut tickets online, according to latest figures released by the police on Dec 1. The total amount cheated was $3,400.

These cases involving sale of tickets online are among the 1,491 online purchase scams reported from January to September this year.

Most victims were tricked while using online community marketplaces such as Carousell, Craigslist, Gumtree and Facebook, police said.

The scammers would ask victims for advanced payments for tickets, either as a deposit or in full, to be transferred to a local bank account before the item can be delivered.

But these scammers would disappear soon after.

Said Mr Goh, who has since got a resale ticket through a friend: "It is a lesson learnt. It is always better to pay for the item when you meet up."

The police has advised the public to buy tickets from official sources and to take these precautions when shopping online:

Related Stories
Man thought he found good deal for $350 PlayStation 4 -- only to lose $12,350
Look out for scammers on social media platforms and dating websites
Woman transferred at least $85k to help 'boyfriend' she met on FB -- and was promised $1.2 million in return
scam
Zouk
ZoukOut
ZoukOut ticket scam
Carousell