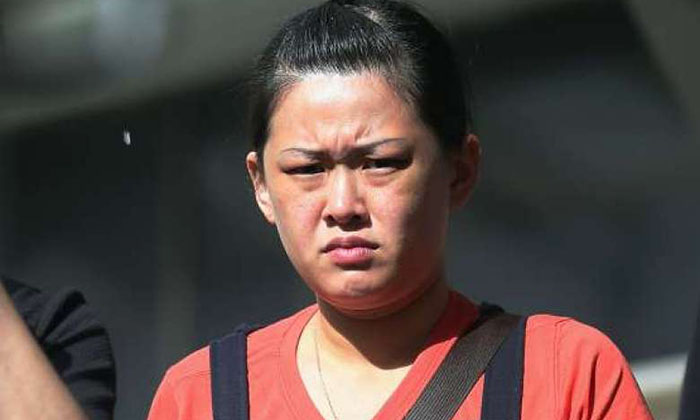 A 28-year-old beer promoter who drank alcohol in public during restricted hours one month after the new liquor control law kicked in was on Thursday (July 21) fined $5,000 for hitting a policeman.

Siow Hui Lin, a Malaysian, had earlier pleaded guilty to one charge of using criminal force to deter a policeman from carrying out his duty.

One charge each of behaving in a disorderly manner and of consuming liquor in public during prohibited hours (10.30pm and 7am) were taken into account in sentencing.

A district court heard that Siow and her friend Susan Cheng Hwee Mui, 45, a housewife, started drinking beer together at the hawker centre at Block 75 Lorong 5 Toa Payoh after 10pm on May 5 last year.

At about 1.30am the next day, policemen on patrol told them there should be no consumption of alcohol in public after 10.30pm, under the Liquor Control Act, which took effect a month earlier - on April 1.

"(Siow and Cheng) refused to comply and stated that there was no such law and kept (asking) why they could drink at other places but not here," Deputy Public Prosecutor Yang Ziliang told the court.

When a policeman firmly told them to stop drinking and to dispose of their beer bottles, Siow and Cheng continued drinking and laughing. They also asked for more time to finish their drinks.

Another policeman again told the women to stop drinking and to dispose of their beers, but Cheng shouted at the officer: "I had never heard of such (a) law and I am Singaporean, I am not afraid. I did not do anything wrong."

Siow also raised her voice at the same policeman.

After several warnings were given to the women to behave themselves and calm down, officers arrested Cheng for disorderly behaviour.

She shouted: "You have no right to arrest me! I will hire a lawyer!"

Siow then became aggressive and moved towards her friend, protesting against her arrest.

Officers tried to arrest Siow, but she struggled and swung her hands towards them, hitting a sergeant on the nose bridge with her arm while shouting: "Why you guys arrested my friend?"

The officer who was hit suffered a bruise on his nose.

The maximum punishment for using criminal force to deter a public servant from discharging his duties is four years' jail and a fine.

Siow is believed to be the first person to be prosecuted for consuming liquor in public during prohibited hours. She was charged in January.

Cheng received a 12-month conditional warning on Jan 15 for disorderly behaviour and for drinking in public during prohibited hours.