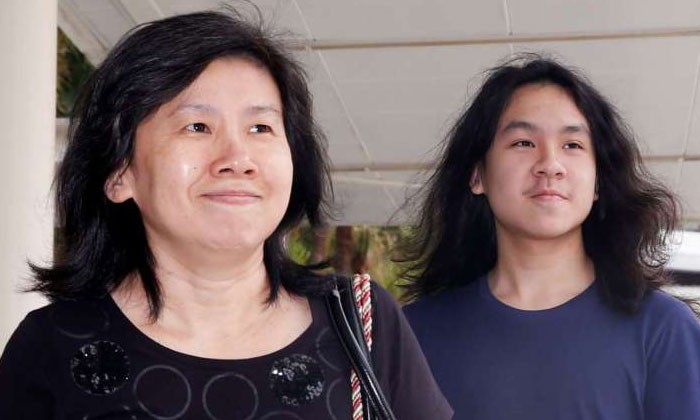 Teenage blogger Amos Yee has again thrown in the towel on charges he is facing, pleading guilty yesterday to three counts of wounding religious feelings.

The 17-year-old admitted putting a photo and two videos online, between April 17 and May 19, with the intention of wounding Muslim feelings.

Yee's admission of guilt marks the end of his trial, which began last month. His defence had yet to be called during the four-day trial, in which he represented himself.

He had originally denied all eight charges that he faced - two for failing to turn up at a police station and six for wounding religious feelings.

However, on the third day of the trial, on Aug 23, Yee pleaded guilty to two charges.

He had failed to show up at Jurong Police Division at 9am on Dec 14 last year, despite a police officer's notice. He also did not turn up at the same place at 9am on May 10, in spite of a magistrate's order.

The maximum penalty for each of these charges is one month's jail and a $1,500 fine.

On the fourth day of the trial, on Aug 24, Yee pleaded guilty to three more charges.

He had made a Facebook post and a blog post, which wounded Muslim feelings. He had also posted a video online, which wounded Christian feelings. These crimes were committed between November last year and April this year. The maximum penalty for each charge of intending to wound religious feelings is three years' jail and a fine.

Yee first came to the attention of the authorities when he uploaded an expletive-laden video on March 27 last year, four days after the death of founding prime minister Lee Kuan Yew. He later also posted an obscene image on his blog.

He was convicted on May 12 last year, and sentenced on July 6 to four weeks' jail. He was released the same day as the punishment was backdated to include his time in remand. He had spent about 50 days in prison after repeatedly breaching bail conditions.

Related Stories
Amos Yee does U-turn and pleads guilty to two of his eight charges
19-year-old charged with using criminal force on Amos Yee after restraining him from the back at Jurong Point
Well well well, look who's back in court once again...
More About:
Amos Yee
courtroom
court