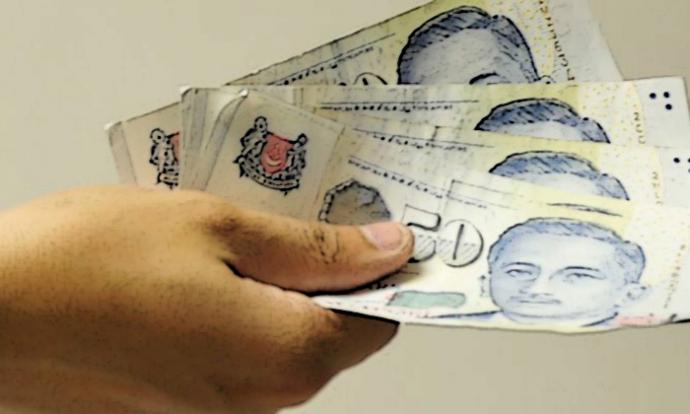 A 68-year-old woman who cheated her neighbour next-door of $190,000 over a seven-month period was on Friday (Aug 19) jailed for six years.

Teresa Tan Siew Poh pleaded guilty to three out of 11 charges of cheating.

The remaining counts were taken into consideration in sentencing.

She was granted bail, pending an appeal against her sentence.

A community court heard that she hatched a plan to cheat her Telok Blangah Heights neighbour in 2012.

Tan lied that her daughter was a top bank executive, who was privy to investments with high returns.

The cheat even occasionally gave cash to her neighbour, to dupe her into believing that she was getting the returns on her investments.

However, the scammer also cheated the victim into giving back the purported returns she was given, for further supposed investments.

As part of her ruse, Tan even gave her neighbour fake documents with details of her bogus investment plans - such as the period of investment and projected returns.

Tan would then ask her to throw the documents away after reading them, saying they contained highly confidential information.

The following day, the victim was duped into giving double that amount in cash to Tan, thinking she would get a $2,000 return after six months.

Deputy Public Prosecutor (DPP) Norman Yew said some of the money Tan got from her neighbour actually went into paying purported returns to another victim, who had been similarly scammed by Tan.

It is not known how many people Tan cheated in all.

The next-door neighbour lost $135,000 in total. Tan has not returned any money to her.

Tan suffers from dysthymia, or persistent mild depression, although this did not prevent her from exercising restraint and self-control, the judge found.

Said Judge Lim: "The current offences bear a very close resemblance to the modus operandi in her past offences. They are in fact very much a mere repeat of what she did in the past ... Despite having received highly substantial sentences ... she has again reoffended."

Tan could have been jailed for 10 years and also fined per charge.

Related Stories
7 scams that are happening in Singapore right now
Received a call from SP services about your account? It might be a scam
Woman buys '100% authentic' LV bag from Carousell seller -- which turns out to be 100% fake
Oops! 'Armless' beggar in China exposed as fraud by security guard
More About:
scam
court