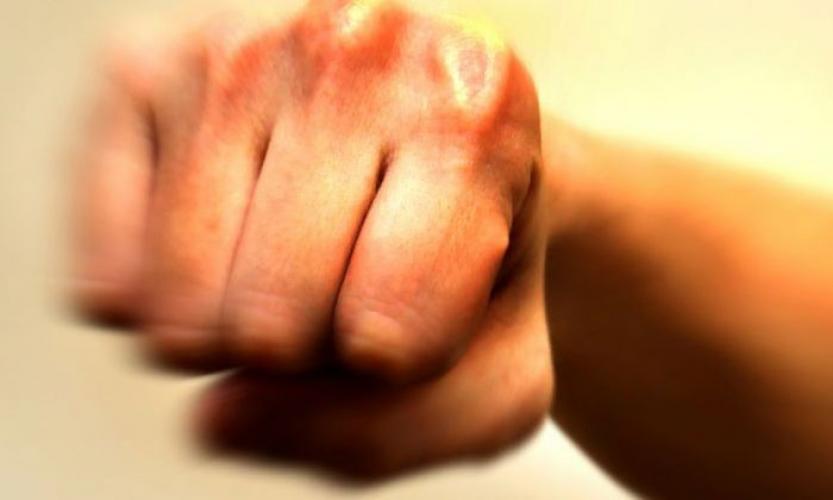 He used an umbrella to attack a woman, and when a passer-by tried to restrain him, Victor Michael Loo Lay Pin bit the man and spat at him.

When the train reached Boon Lay MRT station at 8.55pm, she heard Loo shouting inside the train.

When she alighted, he approached her and swung an umbrella with an extended handle at her.

Loo, who was then a freelance networking employee in the real estate sector, used the black umbrella, measuring 74cm, to hit her on her head, shoulders and hands.

Ms Lim ran and shouted for help, but Loo continued to assault her.

Some passers-by tried to stop Loo, but he struggled and spat at them.

An SMRT employee called the police who later arrested him.

Court documents stated that Loo later claimed he assaulted the woman because she was making noises with a plastic cup on the train.

He became irritated and wanted to teach her a lesson. A passer-by, Mr Sanjivpal Singh Ghasita Singh, 44, got hurt while stopping Loo from escaping.

He was escorting Loo in the lift when Loo bit his right shoulder. During the struggle, Loo tore the man's shirt and damaged his spectacles, which cost $200.

Loo also spat at Mr Sanjivpal and others who stepped in to help.

After the incident, Mr Sanjivpal was taken to Ng Teng Fong General Hospital.

A medical report dated Jan 19 said he had bite marks on his upper right back with bruising.

He was given painkillers, antibiotics and three days' medical leave.

He also incurred about $110 in medical bills.

A few hours after the Dec 11 incident, Ms Lim saw a doctor at the National University Hospital.

A medical report dated Jan 25 stated that she had redness and tenderness on the left side of her head and left shoulder, arm and hand.

She was given painkillers and medical leave for one day. Her treatment cost $160.

He was arrested at the scene and a dented black umbrella was seized.

In his mitigation, Loo's lawyer Raymond Ng said that his client was feeling unwell that day and had not slept properly in the days before the incident.

He added that Loo, a first-time offender, had lost his cool and his actions were out of character.

"(Loo) has been heavily weighed down by this matter and is thoroughly ashamed of himself," said Mr Ng.

"He is regretful of his actions."

Loo could have been jailed for up to two years and/or fined up to $5,000 on each charge.