5 cats dead after 39 of them found in poor condition at Yishun home, female owner jailed 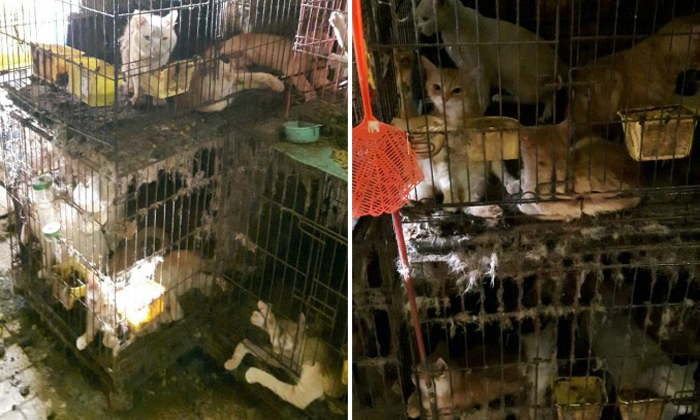 A local woman has been sentenced to two weeks' jail on Monday (Nov 7), for her failure to care for her 39 pet cats.

Together with other drug-related offences, Roslina Roslani, 34, was sentenced to a total of five years six months and four weeks' jail.

The Agri-Food and Veterinary Authority of Singapore (AVA) had inspected her home at Block 207 Yishun Street 21 on Feb 25 this year, following public feedback about animal faecal odour coming from her unit.

The 39 felines found inside, all in poor physical condition and health, were surrendered to AVA. Four died later due to underlying medical conditions, while another had to be euthanised due to bad health.

The remaining 34 cats were handed to the Cat Welfare Society for re-homing.

In a media release on Tuesday (Nov 8), AVA said it condemns acts of animal cruelty, including neglect, which compromises the animals' welfare.

"Animals from hoarding cases are often in bad physical and health conditions. We investigate all feedback on cruelty and we will take enforcement action, where necessary.

"Hoarding of pets may also cause public safety, nuisance and hygiene issues to the community, such as pest. AVA urges pet owners not to hoard animals, and be responsible and considerate pet owners so as not to cause inconvenience to the community."

First-time offenders are liable to a maximum fine of $15,000, with a potential 18 months of jail.

On top of the AVA's enforcement action and efforts to raise awareness on animal welfare, the public is advised to be vigilant and promptly report animal hoarding cases through AVA's 24-hour hotline, 1800-476-1600, or its website. All information shared will be confidential.

Related Stories
11 Bishan stray cats go missing, believed to have been caught by van driver in his 20s
Do you know this uncle? SPCA is looking for him in relation to alleged monkey abuse at Woodlands Waterfront Park
Is someone poisoning cats? Cat carcass seen floating along Telok Kurau Lorong N Park canal
Fish farm operator attempts to smuggle puppies into S'pore by cramming them into car's speaker box
Man harasses telco employee with pictures of dead cats and nudes after being unhappy with service
cat
dead cat
animals
animal cruelty
animal abuse
Yishun cats