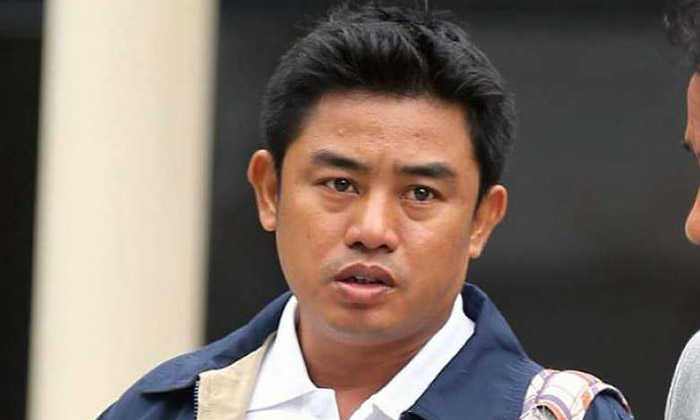 A mechanical and electrical supervisor was jailed for seven months on Friday (July 8) for molesting a woman on board the East-West Line MRT train.

Kyaw Myo That, 33, who holds an engineering degree from Mandalay Technological University, was convicted last month, after a two-day trial, of touching the 22-year-old woman's left bra area under her armpit when the train was travelling from Tanjong Pagar to City Hall station on May 8 last year.

The woman had testified that she boarded the train at Boon Lay that morning to go to work and found a seat to the left of a priority seat at Buona Vista station. Kyaw sat to her left.

She had her handbag on her lap with the handle resting under her left armpit.

She noticed Kyaw moving closer towards her from her left, but did not think much about it. Later, she felt the left side of her bra move. Thinking it was her bag, she moved the strap to the front.

However, in Tanjong Pagar station, she felt the movement again. When it became more vigorous, she looked down and saw Kyaw's three fingers on her left breast. She looked up and he smiled at her.

When the train left City Hall station, she immediately stood up and exited at Bugis station and Kyaw followed her.

Terrified, she called her cousin and asked her to stay on the phone with her. Kyaw followed her all the way until she reached her workplace before turning back.

The woman called her elder brother who had to calm her down for 20 minutes as she was crying. She made a police report the next day.

Kyaw denied touching her intentionally as he was sleeping intermittently. His case was that if he did touch her, it was accidental.

Convicting him last month, District Judge Eddy Tham said Kyaw gave a very clear account of the incident in his police statement. He had stated that he was feeling sleepy inside the train when he folded his arms across his chest, with his left hand under the right arm pit. This was consistent with the woman's version.

But in court, Kyaw departed from this to bolster his defence that he could not have done it, he said.

"I therefore have no problem finding that the accused did indeed touch PW1 (victim) on the left breast area with his left hand with three fingers while his left hand was underneath his right arm pit,'' he said.

He agreed with Deputy Public Prosecutor James Low that such offences in public transport must be strongly deterred due to the difficulty of victims realising whether the touch was accidental or not.

The victim in this case had given the benefit of doubt to Kyaw until she saw his fingers touch her breast area.

Kyaw could have been jailed for up to two years, fined, caned or received any combined punishment.