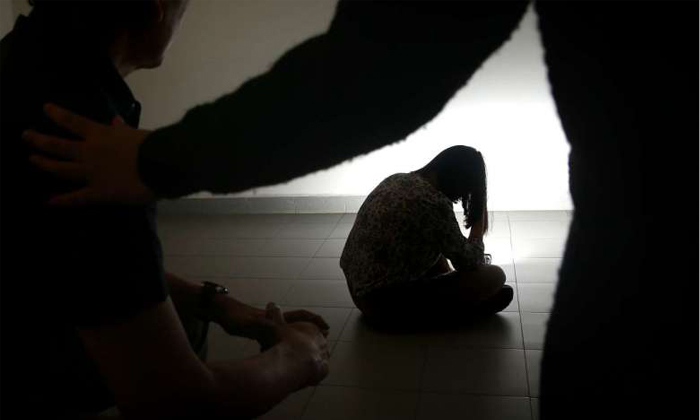 A 26-year-old man was jailed for 12 months on Tuesday (Oct 18) for sexually penetrating a minor.

Desmond Lim Teck Wei, then working at an Internet LAN shop, admitted to two of three charges of sexually abusing a 15-year-old girl at a Geylang house on March 11.

Deputy Public Prosecutor Nicholas Lai told the court that the victim had a quarrel with her mother on March 10 and ran away from home.

She spent the night near Hougang with her female friend, aged 18. The next day at about 6am, the victim told her teenage godbrother, who is also Lim's friend, that she wanted to stay over at his house.

Later, the three met, and the godbrother introduced Lim to the two girls. Although the victim and Lim had been Facebook friends, it was the first time they had met. Lim learnt that the victim was 15 years old.

The group then went to the victim's godbrother's house and proceeded to his bedroom.The victim rested on a pull-out bed and Lim sat at the edge of the bed to play computer games.

After a while, Lim lay beside the victim. He then used a blanket to cover both himself and the victim as he felt cold.

He asked the victim to turn over to face him before hugging and kissing her.

When he inserted his hand into her shorts and penetrated her, she pushed his hand away. He stopped and continued to hug her.

Sensing that she did not resist his physical advances on her, he had unprotected sex with her.

That afternoon, the victim's aunt turned up at the house after she found out where the victim was. She brought the victim to KK Women's and Children's Hospital. The hospital alerted the police.

Lim was arrested at his workplace the same day. He was charged on July 19 and absconded while on bail from a pre-trial conference. A warrant was issued for his arrest. He was re-arrested on Oct 5 and has been in remand since.

Lim could have been jailed for up to 10 years and/or fined on each charge of sexual penetration of a person below 16 years old.

Related Stories
Parents trusted man who took their 3 primary school boys on outings -- but he had been forcing them to do oral sex
JC student 'felt an urge' to molest 8-year-old girl after seeing her in ballet attire
Dad from hell gets 3 years' jail for abusing 4 of his 5 children: 'A child's worst nightmare'
10-year-old niece sexually penetrated while she was sleeping by uncle she called 'Papa'
Sexual abuse victims in Singapore: Young, vulnerable, and online
More About:
sex
court
courtroom
sex with minor
child abuse