2 jailed for using cloned ATM cards to withdraw cash and to steal $75,000 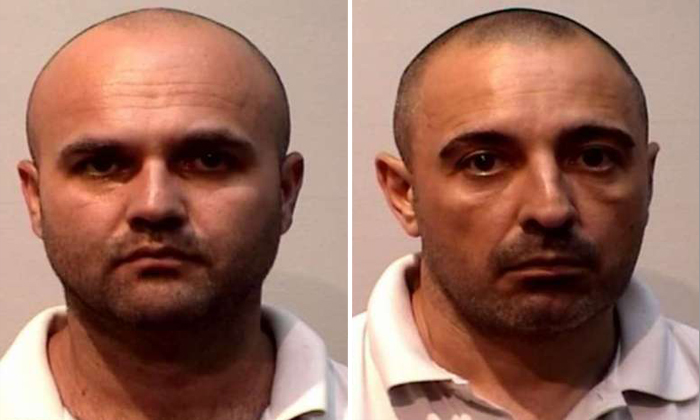 A pair of Romanian men were yesterday sentenced to up to three years in jail for stealing $75,000 from ATMs by using cloned cards, with the judge stressing the need for a deterrent sentence.

"The ease of withdrawals of monies from ATMs has come to be an integral part of life in Singapore," said district judge Eddy Tham, describing the case as another disturbing instance of an overseas syndicate specifically targeting Singapore.

There has been at least one such case previously - a Canadian was jailed for 36 weeks in 2014 for using cloned ATM cards to steal $6,800.

The latest case involves Stefan Eugen, 38, who faced 54 charges, and Adrian-Cristian Goncearov, 45, who faced 101 charges of abetment in a conspiracy with a co-conspirator called Mihai in London to steal cash from ATMs in the Republic.

Mechanic Eugen, who was found to be "clearly instrumental'' in the offences, received three years' jail on 10 charges of theft of $1,000 each from United Overseas Bank ATMs while Goncearov's sentence was 21/2 years' jail on 20 charges amounting to $20,000.

The judge said Eugen recruited Goncearov in the criminal enterprise. He was also involved directly in producing the cloned cards.

He had obtained 200 gift cards and learnt from another co-conspirator how to encode credit card data onto the magnetic stripe of the gift cards. He brought the necessary electronic equipment to carry out this task in Singapore.

Deputy public prosecutor Suhas Malhotra said Mihai communicated with Eugen online and later met him in London to give him 40 to 50 gift cards, each with a magnetic stripe, which could be used to withdraw money from ATMs.

Eugen and Goncearov arrived here on Feb 19. They split the encoded cards but could use the cards to withdraw money only from UOB ATMs. They left for Hong Kong on March 1, returning three days later to continue stealing from the ATMs. Police arrested them on March 16 at Changi Airport and seized nearly $42,000.

Judge Tham took into account the high degree of difficulty in detecting such offences and arresting the culprits. "These offences strike at the integrity and security of a well-established and vital medium of financial transactions," he said.

In 2011, a syndicate cheated DBS customers of nearly $1 million by skimming PINs at two ATMs in Bugis. Banks have since tightened security measures, such as by sending SMS alerts for ATM withdrawals over a certain threshold.

But this is a global problem. In May, criminals in Japan used counterfeit cards to withdraw nearly $18 million from ATMs over a three-hour spree.