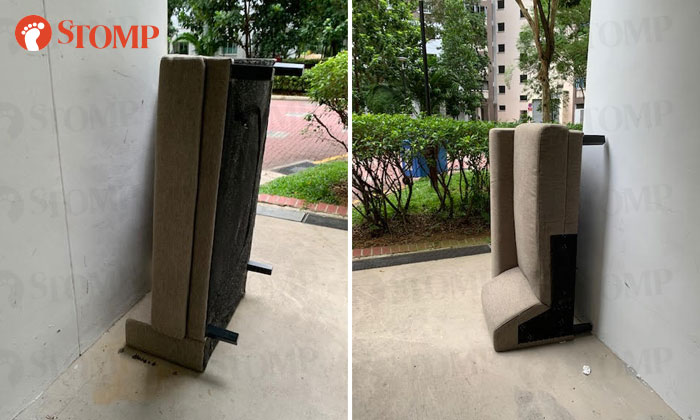 Furniture retailer Courts has apologised and issued a refund to one of its customers after his old sofa was disposed of improperly.

Stomper Ben informed Stomp he had purchased a new sofa set from Courts and also paid for the proper disposal of his old sofa set.

"However, the next morning, I saw my old sofa set next to my lift landing, near the rubbish chute of my block."

He alerted Courts of the matter through email and their Facebook and was told the matter was being investigated.

"The latest reply I got from them was that they are getting their third-party to call me to explain and apologise," he said.

"I rejected as my disposal fee was paid to Courts and they should shoulder it.

"I would have rather engaged the town council helpers to dispose of my old sofa set legally and properly."

In response to a Stomp query, a spokesman from Courts said on Monday (July 6):

"We are currently investigating the issue with our supplier, which conducted the delivery and disposal.

"We have also reached out to the customer to apologise for any inconvenience caused, and issued a refund of the disposal fee."