Couple who ran vice website: Wife pleads for leniency, says she was molested as a teen 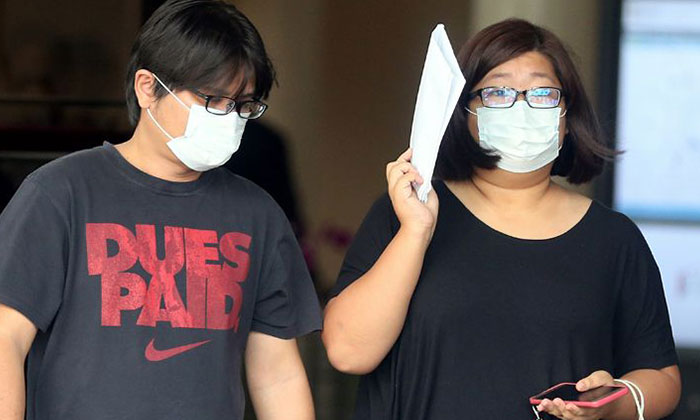 A couple who ran a website on which vice operators could advertise sexual services, and made more than $600,000 off it, were jailed and fined $140,000 on Tuesday (Jan 9).

Liu was charged with 21 counts of abetment by intentionally aiding in living on 10 prostitutes’ earnings between 2014 and 2016, of which he pleaded guilty to 10.

According to The Straits Times, Lim pleaded guilty to four out of the 21 in November 2017.

The court heard that in 2011, Liu’s uncle Sonny Liu set up a website, EZ141sg, as an advertising platform for vice syndicates, allowing them to peddle sexual services of their prostitutes.

He brought in Liu as a partner and subsequently went missing himself, leaving Liu as the sole manager and operator of the website.

Liu actively advertised the website on various vice forums, and over time, garnered the businesses of more clients.

These clients were charged $300 a month, which they would pay into a DBS Bank account. Liu had offered a Thai national $1,000 to open the account so he could hide his identity.

Liu would create accounts and profiles for vice operators, allowing them to upload banners, photographs, and information including the rates and profiles of their sex workers.

As for Lim, she would withdraw the money from the account via ATMs, liaise with vice operators, and upload banners.

Through the money earned, the couple spent it on their living expenses and bought a Volkswagen Golf car.

They were arrested in May 2016 by the police.

During the time of their arrest, 17 vice operators were using their website, and two 34-year-old masterminds behind the vice syndicates known as Platinum and Premium Club were arrested in the follow-up investigations.

The police also arrested 20 Singaporean women aged 20 to 43 who worked for the two.

During the mitigation plea, the couple’s lawyer Shaneet Rai said that the couple had realised their mistake and felt deep remorse for their actions.

Mr Rai also said that Lim had been acting under her husband’s direction.

He cited a broken family and a past traumatic experience of getting molested by a girl at a shelter, as factors for Lim’s behaviour, reports Shin Min Daily News.

The couple has an 11-year-old son.

The two will start their sentence after Chinese New Year - on Feb 19 - to allow them to settle their personal affairs and get a bank loan for their executive condominium.

Related Stories
Man drives away from accident site with victim on bonnet, gets jail and driving ban
28-year-old salesman jailed after getting minor pregnant not once but twice
7 men and 2 women charged for causing hurt to police officers, using abusive language against them
More About:
Courts & Crime
prostitute
website