Couple who didn't pay for $270 meal after first date: Man says woman shouldn't 'get away with this' 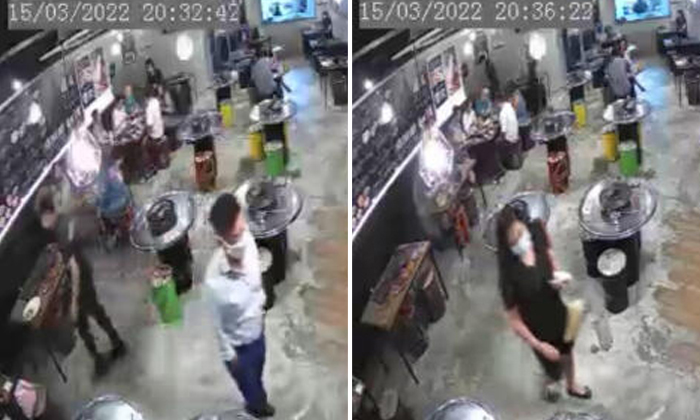 A couple on their first date at a Korean barbecue restaurant ordered $269.55 worth of food, including a pricey wagyu beef platter, but both left without paying the bill - and later insisted that the other should pay.

More than a week later, the restaurant, Pa Bul Lo Korean BBQ in Serangoon Gardens, has been unable to get the man to pay his half of the bill. The woman settled her share a few days after the date.

The owner has filed a police report and sought help from a lawyer.

The man, who wanted to be known only as Mr Jung, insisted that his date had offered the meal as a treat after she stood him up a couple of times.

"I told her, thanks for dinner, and I went outside to wait for less than five minutes while she went to the washroom.

"She came out, and I thought she (had) paid. I said goodbye and we went in different directions."

The couple had the dinner on March 15.

"She ordered an expensive beef set, and I thought she was apologetic for postponing the meet-up and was giving me a treat," added Mr Jung.

The woman paid her half of the bill on March 19 after the restaurant's owner, Madam Karen Ho, 50, told her she had filed a police report and tried to pursue the matter at the Small Claims Tribunals.

The woman told Madam Ho that Mr Jung had offered to foot the bill because he felt bad for leaving the restaurant a few times to answer calls during the date.

Madam Ho told ST on Wednesday: "I believe the woman. I don't trust the guy. She was apologetic. He wasn't... The last time he talked to us, his tone made us very angry."

After 9pm on March 15, an employee told Madam Ho that the two diners had left without paying. Madam Ho tracked them down using closed-circuit television footage and contacted the woman.

The woman said the man will return to make payment.

The next day, Madam Ho and her husband, who oversees another branch, contacted Mr Jung.

"We talked to him nicely and asked for payment, but he laughed at us. My husband said we will make a police report. He laughed and said, 'Go call the police'," said Madam Ho.

Recounting that exchange, Mr Jung said: "I tried to explain the situation, but he refused to listen and told me to talk to the police... I waited to be contacted by the police but the owner contacted me again and said he was (advised) to sue me since this is civil case. So I told him to do so since I have not done anything wrong."

Madam Ho said she is thankful that the woman, at least, had paid her half of the bill. The owner did not wish to reveal her name as the woman had told her not to contact her or reveal her personal details after she paid her share on March 19.

Of the man, Madam Ho added: "If he is seriously willing to pay us, he should come to us in person and apologise and make payment. Then we will accept. Disappointed in him."

After contacting Mr Jung on March 16, Madam Ho made a police report. She said the police later directed her to the Small Claims Tribunals.

Madam Ho said the Small Claims Tribunals could not pursue the case because she did not have the diners' full names, addresses and NRIC numbers.

On March 23, a lawyer with the firm contacted Madam Ho and said he will send Mr Jung a letter of demand.

Since the incident was made public, Mr Jung said he has received calls and messages from strangers on social media. He said the restaurant also wrote to his company to get him to pay the remaining half of the bill.

In addition, a stranger called his ex-wife on Wednesday morning and referred to a video of their son, who is less than a year old.

Mr Jung said: "I have a YouTube page with videos of my son. My ex-wife said the caller mentioned our son, and told her to remind me to pay the bill.

"(For the) bill, I need to pay, it is not a matter. I can pay easily. But I should not let the woman (his date) get away with this."

Madam Ho said that in her 25 years in the food and beverage sector, this is her first encounter with customers who left without paying. Her outlet in Serangoon Gardens was opened in 2020.

"My daughter advised me to tell patrons to order, (and) then make payment at the counter. But we are not a fast-food outlet... We (have) told our staff to be more careful," she added.

Mr Dellen Soh, vice-president of the Restaurant Association of Singapore, said people in Singapore are generally civilised, with only a minority running off without paying.

He added: "To prevent such incidents from occurring, our 24-hour outlet has a QR-code ordering system with upfront payment. Customers have to pay before the order is relayed to the kitchen."