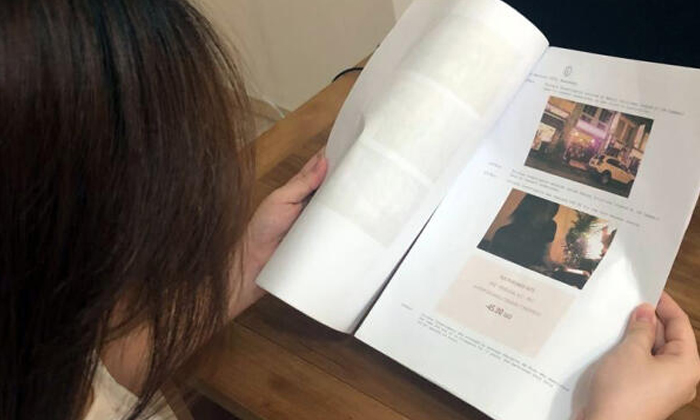 A woman and a man have spent $7,000 in their quest to expose massage parlours for providing sexual services.

The pair, who declined to be identified, had contacted Shin Min Daily News with allegations that three massage establishments along Little India were involved in illegal activities.

The woman said that she and her male companion had gone shopping in Little India on January 17 this year, at around 11.30pm, when they got into an altercation with a masseuse.

The masseuse had allegedly flashed her middle finger, hurled vulgarities and spat at them.

Half a year after the incident, the couple has spent $7,000 to hire a private investigator and collect evidence, in hopes of exposing the massage parlours for providing sexual services.

The woman told Shin Min: "We first paid the private investigator more than $2,000 for one week's worth of work.

"We then spent another $5,000 to hire people to pose as customers and enter the 'lion's den'.

"They patronised each massage parlour two to three times so that we could gather evidence."

The woman said all three massage establishments had operating hours of 10am to 11pm.

However, when the pretend customers showed up, they were allegedly told that the massage parlours were open 24 hours a day and informed about 'special services'.

"A normal massage cost $45 per hour while special services were $105," claimed the woman.

When reporters visited one of the massage parlours, its lady boss said: "The innocent is innocent, no need to be afraid of fake customers showing up."

The lady boss also believed that the informant was someone who had been involved in a dispute with a former female shareholder, thus causing the massage parlour to be implicated.

She added: "This former shareholder has already withdrawn her shares, so I feel that the massage parlour should not be implicated."

She also vouched that the massage parlour was a licensed and clean business that would never engage in illicit activities.

Reporters who visited the scene found three to four employees of different nationalities working in the massage parlour.

All said they were married women and would never provide sexual services.

Related Stories
'Mysterious' massage parlour at Selegie Road only open its doors if you are a man who's alone
Women allegedly solicit for customers at Upp Paya Lebar Rd: 'Want a massage? Beautiful girls inside'
Woman under investigation for operating illegal massage establishments at Yio Chu Kang Road
More About:
unusual
vice
massage