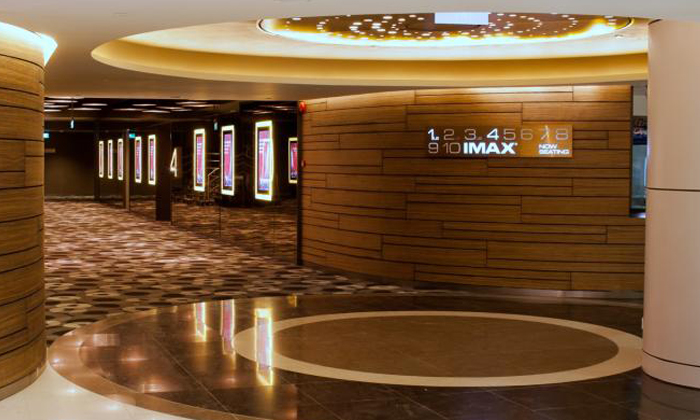 A couple was caught behaving inappropriately in a cinema at Shaw Theatres Lido and CCTV footage of the incident was sent to Stomp.

Stomper M, who identified herself as a friend of a Shaw Theatres employee, said the incident occurred on October 15, at around 8.15pm.

M said: "My friend saw this couple through the CCTV during one movie. The woman was straddling her partner and moving up and down.

"I feel disgusted that people will do this in public."

In a 17-second video that M shared with Stomp, a man can be seen seated with a woman on his lap. The woman is seen moving her hips.

No other cinema-goers are seen seated around the couple.

In response to a Stomp query, a spokesman for Shaw Theatres said: "Once aware of the incident taking place, the manager went into the hall and issued a warning to the couple to stop behaving inappropriately (they were fooling around and were fully clothed)."

According to the spokesman, the couple complied and exited without further incident at the end of the movie screening.

He added: "Shaw Theatres does not condone such behaviour and requests that our patrons respect our cinemas for their intended purpose of film appreciation and entertainment.

"Shaw Theatres has taken disciplinary actions against the staff who made and disseminated the unauthorised recording."

Stomp will not be uploading the video due to its inappropriate nature.