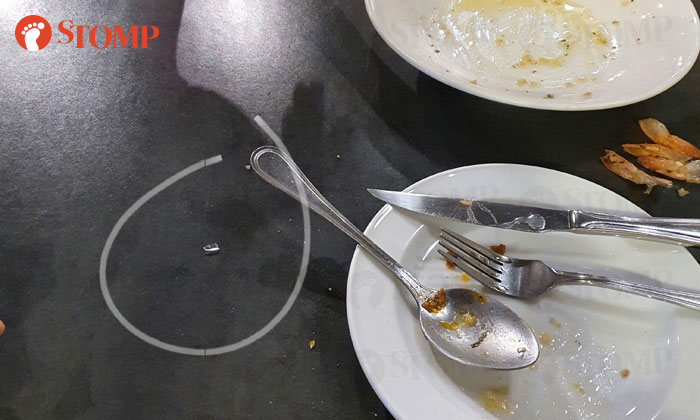 A couple's meal at an Italian restaurant was ruined after they found a shard of glass in their pasta.

Stomper John shared that his wife was digging into aglio olio while dining at Gustoso Ristorante Italiano on Sunday (May 9) when she spat out a piece of glass.

"After complaining, their staff just picked up the glass shard and went back to the kitchen," he said.

"When he came out, he just carried out his usual duties like nothing happened.

"After a good five minutes of no apology and follow-up, we called him out and he apologised but continued his duties!"

In the end, the Stomper said the staff offered to take the aglio olio off the bill and gave them a $100 gift voucher.

He has since reported this to the relevant authorities.

"I hope some form of punishment is done for this atrocity!

"The glass shard can cut the tongue or worse, cut the organs if swallowed!"