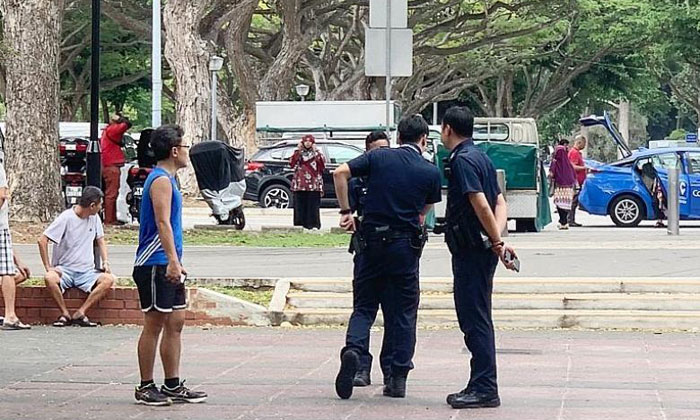 A man and a woman were arrested at East Coast Park for having an airsoft gun in their possession.

A police spokesman told The New Paper they received a call for assistance at Block 429 Woodlands Street 41 at around 2.20pm on Saturday.

The 34-year-old man and 30-year-old woman, believed to be a couple, were subsequently detained along East Coast Park Service Road in relation to the case.

Chinese newspaper Shin Min Daily News reported that an eyewitness, who did not want to be named, said there were about 10 police officers and several police cars at the scene.

There were also many onlookers, he said.

"It seemed they were conducting checks on a car. I also saw them questioning a man."

He added: "While there was no cordon, it felt like the situation was serious."

Shin Min reported that a member of the public is believed to have spotted the couple carrying the gun.

The police were in the area for about five hours and left around 7pm.

Some netizens also posted photos of the incident online.

Shin Min also reported that the couple were spotted in Woodlands and the police tracked them down to East Coast Park.

Anyone who possesses an airsoft gun or a stun gun without a valid licence can be fined up to $5,000 for each gun and jailed for up to three years.