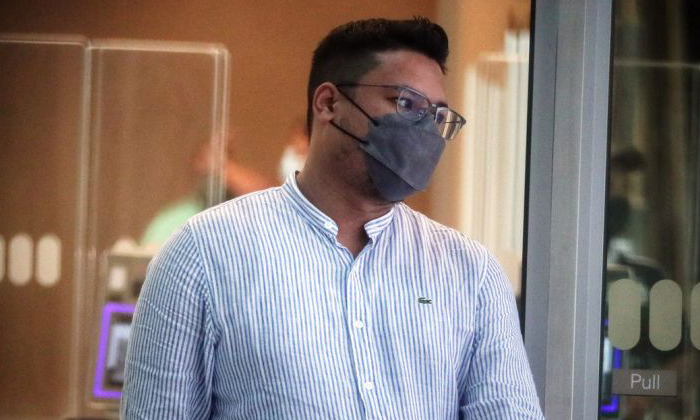 Faced with financial difficulties after his wife had an emergency caesarean section to give birth to their baby, a policeman used his brother's name to unlawfully apply for credit cards and a bank loan to repay his debt.

One of the banks later spotted the forgery and alerted the police. As a result, officers from the Commercial Affairs Department started looking for Muhammad Aqib Mohammad Akhtar's innocent brother.

Aqib, who found out what happened, then deleted several incriminating documents from his mobile phone.

The police later interviewed him and managed to recover the deleted documents from the device via forensic extraction.

The 31-year-old Singaporean was on Tuesday (Nov 23) sentenced to 20 weeks' jail after he pleaded guilty to one count each of forgery and obstructing the course of justice.

The court heard that none of the banks approved his applications and no losses were incurred.

The Straits Times understands that Aqib has since been suspended from service.

He had been in the Singapore Police Force for nine years but ran into financial trouble in February last year.

She was under a debt repayment scheme and had to fork out $1,000 a month.

The court heard that Aqib used his credit card to settle about half of the hospital bills.

But he was worried about his expenses as he had been investigated for "financial embarrassment" in 2016. Details of this case were not disclosed in court documents.

Aqib then decided to use his brother's name to apply for the credit cards and bank loan.

He downloaded a smartphone app to edit PDF documents. He also downloaded his genuine notice of assessment (NOA) for 2019, issued by the Inland Revenue Authority of Singapore.

He used the app to forge an NOA in his brother's name by replacing his name, NRIC number and address with the other man's details.

The policeman submitted to a bank an online application for a credit card using the falsified data.

He then applied to four other banks for a loan and more credit cards.

His offences came to light when one of them detected the forgery on May 6 last year. The bank realised that the stated address on the forged NOA did not match the address in the barcode of the document.

On Tuesday, defence lawyer S. S. Dhillon said his client's attempts to solve his financial problems was "akin to a drowning man clutching at the last straw".

The lawyer also stressed that the banks did not suffer any losses.

In a statement to The Straits Times on Tuesday evening, the police said that Aqib is a staff sergeant and he has been suspended from service since June 17 this year.

Their spokesman added: "Officers of the Singapore Police Force are expected to uphold the law and maintain high standards of  discipline and integrity. We deal with officers who break the law severely, including charging them in court... Following his conviction...(the force) has commenced internal action against him."