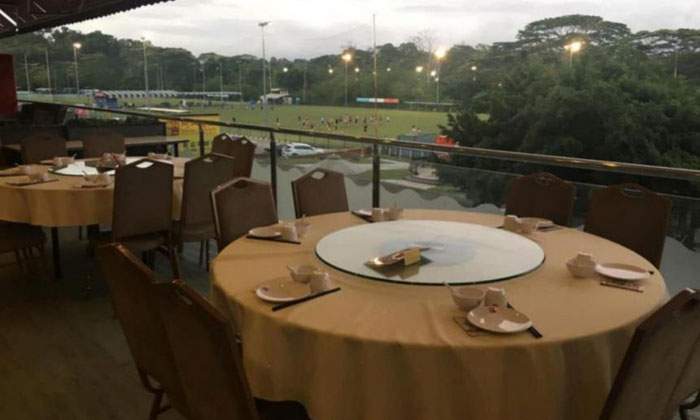 A total of 65 colleagues had gathered in a restaurant for a company dinner on the weekend before Chinese New Year, breaching safe distancing rules.

The event, organised by construction company Asia Piling Co for its workers, was held at Ah Yat Seafood Restaurant at Turf City on Feb 6 this year.

The maximum number of people permitted per group at the time was eight.

The companies had each pleaded guilty to a charge of breaching a Covid-19 control order.

The construction firm admitted to organising the event, while the restaurant admitted to hosting it.

The breach was uncovered when enforcement officers checked the restaurant at about 6.40pm that day, and saw the workers seated across nine tables for the dinner.

The officers were able to stop the event before the food was served.

"The group size here was large," he said. "If the enforcement officers did not arrive when they did, the event would very likely have gone on."

Following the breach, the restaurant was ordered by the Singapore Land Authority to close its premises for 10 days from Feb 10 to 19.

The authority said at the time that the Government takes a serious view of such violations.

Those who breach a Covid-19 control order for the first time can be fined up to $10,000 and jailed for up to six months. The maximum sentence is doubled for repeat offenders.