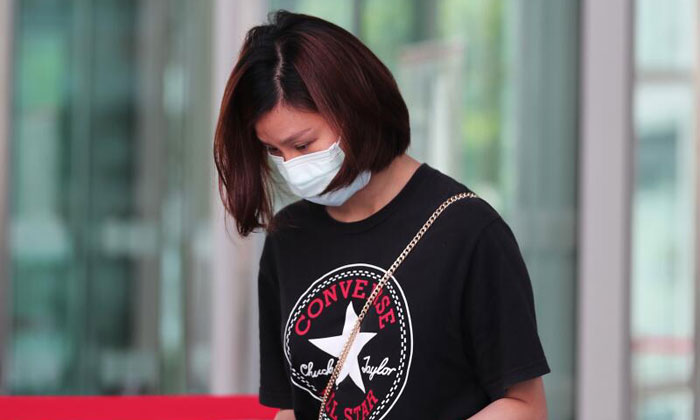 Twelve foreigners were deported and barred from re-entering Singapore because they did not comply with safe distancing measures during the Covid-19 circuit breaker.

In three separate cases, a Malaysian, a Chinese national and 10 Indian nationals were found guilty of non-compliance, said the police and the Immigration and Checkpoints Authority (ICA) in a joint statement issued yesterday.

The 12 foreigners are nine men and three women aged between 20 and 37.

All of them had flouted the Covid-19 (Temporary Measures) (Control Order) Regulations. 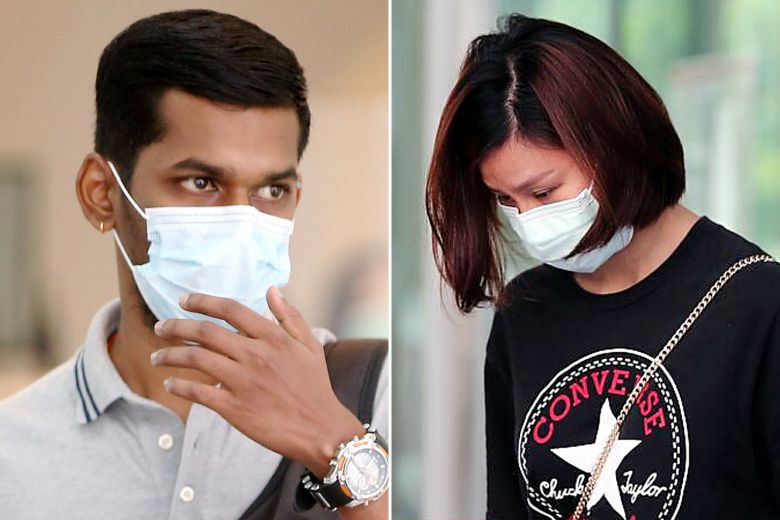 Malaysian Arvinish N. Ramakrishnan invited his friend over for drinks, while Chinese national Cheng Fengzhao allowed a man to visit her residence for massage and sexual services. PHOTOS: ST

He had invited a friend to his place of residence for drinks and later gave his friend a ride home on a motorcycle. They were subsequently stopped at a roadblock along Yishun Avenue 6.

Arvinish was charged with drink driving and violating restrictions on leaving his place of residence and the prohibition on social gatherings.

He was fined $4,000 and his work pass was revoked after conviction. He was deported to Malaysia on June 5 and barred from re-entering the Republic.

Arvinish's friend, also a Malaysian, was issued a stern warning as well as a notice of composition for violating restrictions on leaving his place of residence.

In the second case, Chinese national Cheng Fengzhao, 37, was fined $7,000 under the regulations. Her work permit was also revoked and she was deported to China on June 10.

She had allowed a Singaporean man who was a non-resident to enter her condominium unit in Jalan Kemaman for massage and sexual services in exchange for $100.

The man had visited her place of residence twice, first on April 19 and again on May 5. He was also fined for violating the prohibition on social gatherings.

Separately, 10 Indian nationals were fined between $2,000 and $4,500 and had their student or work passes cancelled after conviction. Between June and July, they were deported to India and barred from re-entering Singapore.

They had attended a social gathering at a residential unit in Kim Keat Road where three of them - two men and a woman - were staying.

The three tenants, Navdeep Singh, 20, Sajandeep Singh, 21, and Avinash Kaur, 27, were charged with permitting other individuals to enter their place of residence without a valid reason. 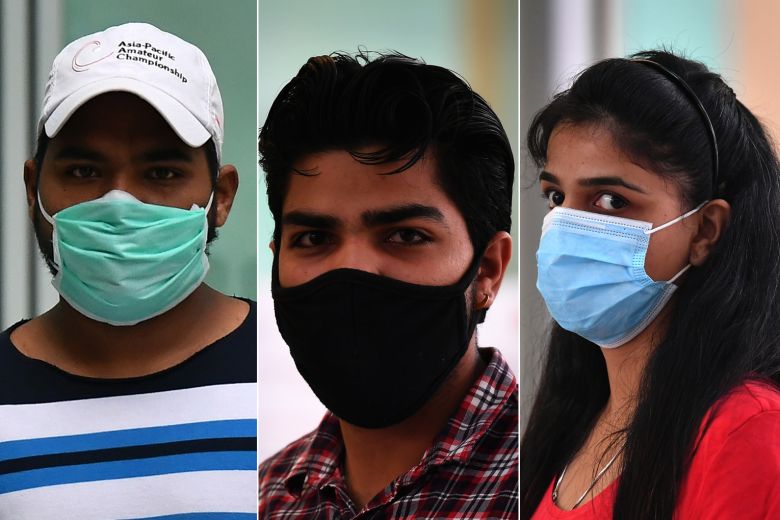 (From left) Sajandeep Singh, Navdeep Singh and Avinash Kaur allowed seven visitors to enter their place of residence for a social gathering during the circuit breaker. The 10 Indian nationals had student or work passes cancelled and have been deported and barred from re-entering Singapore. PHOTOS: ST

The seven visitors, aged between 20 and 33, had violated the prohibition on social gatherings.

This is not the first time that work pass holders have flouted circuit breaker measures.

On June 25, seven people were fined between $8,000 and $9,000 for gathering in Robertson Quay during the circuit breaker.

The seven people - four Britons, two Americans and one Austrian - each pleaded guilty to one count of breaching circuit breaker measures by meeting at least one person from a different household for "chatting and drinks" on May 16.

Six of the seven people were among the 140 work pass holders who had their passes revoked by the Ministry of Manpower between May 1 and June 25 for breaching circuit breaker measures, stay-home notices or quarantine orders.

In addition to having their work passes revoked, these individuals were also permanently banned from working in Singapore.

The ICA and the police reminded members of the public that the authorities will not hesitate to take strong action against anyone who does not comply with safe distancing measures or shows blatant disregard for Singapore's laws.

The action may include the termination of visas or work passes, where applicable.