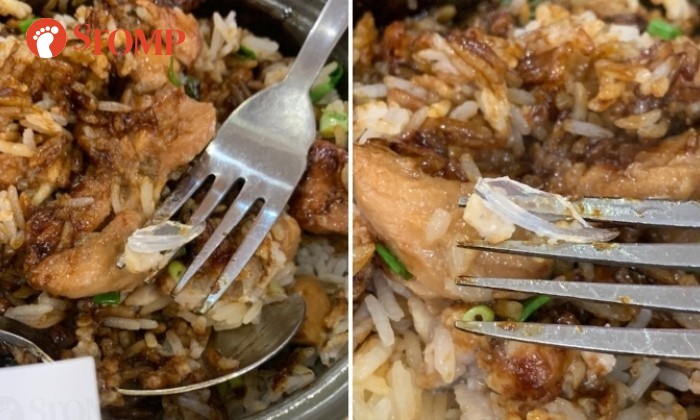 A man was shocked after finding what he believed was a piece of "sharp, broken glass" inside a bowl of claypot rice at Encik Tan's Compass One outlet on August 3.

Stomper Lim shared that he visited Encik Tan with his wife and shared photos of what happened during the meal.

"Before consuming the claypot rice, my wife stirred the rice to mix the dark soya sauce evenly," he said.

"As she was mixing the rice, she discovered what seemed to be a piece of sharp, broken glass inside the bowl.

"If my wife was not observant, she might have consumed the foreign object.

"And if it was really glass, then her tongue and mouth would not be spared.

"We immediately contacted the supervisor of the restaurant, and without touching or feeling the material, he claimed that it was plastic."

Lim also mentioned that while he was speaking to the supervisor, another customer who ordered claypot rice also claimed that he found what appeared to be "a glass-like particle in his food". 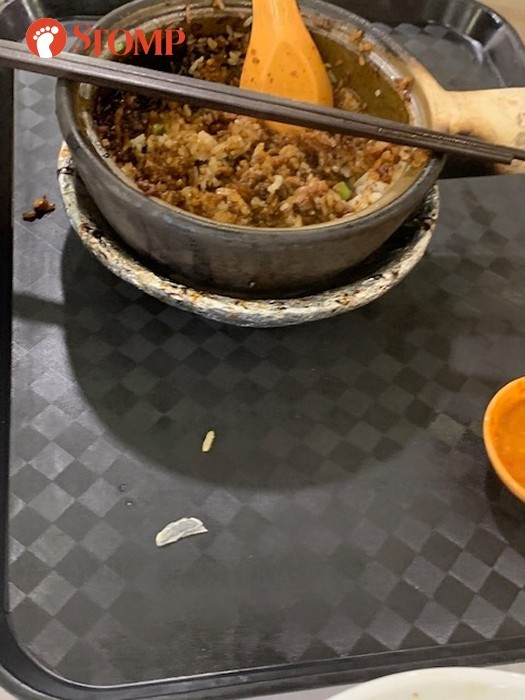 Lim said: "We left Encik Tan after getting a refund, and about an hour later when we walked past, we noticed that they were still selling claypot rice.

"I still cannot imagine what would happen if that glass-like object was consumed."

In response to a Stomp query, a spokesman for Fei Siong Group, who owns Encik Tan, said: "At Fei Siong, we strive to provide only the best quality food to our customers.

"Upon receiving the feedback from the customer, we immediately conducted our investigations and discarded the existing batch of rice that was used.

"A new batch of rice was then checked and cleared for consumption.

"We have also highlighted this incident to our rice supplier.

Nevertheless, on our end, we will continue to monitor and investigate further if there is other feedback that comes in."