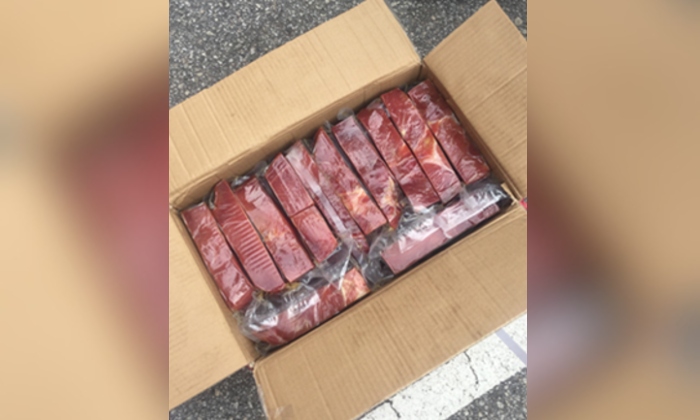 ICA officers at Pasir Panjang Scanning Station detected anomalies in the scanned images of a 40-footer container from China on Oct 30, 2019.

ICA officers then proceeded to conduct further checks on the consignment at a warehouse in Upper Aljunied Link and uncovered 101 cartons of illegally imported meat products.

The case was referred to SFA for subsequent investigation.

SFA added that food can only be imported by licensed importers, and every consignment must be declared and accompanied with a valid import permit.

In addition, meat and its products can only be imported from accredited sources in approved countries that comply with Singapore’s food safety standards and requirements.

"The same method of concealment used by contraband smugglers may be used by terrorists to smuggle arms and explosives to carry out attacks in Singapore.

"ICA will continue to conduct security checks on passengers, cargos and vehicles at the checkpoints to prevent attempts to smuggle undesirable persons, drugs, weapons, explosives and other contrabands across our borders."

SFA added that they will also continue to safeguard food safety through their integrated food safety system, which includes strict import regulations and enforcement, and work closely with border control agencies to deter illegal imports across the Singapore borders.