Commuters face 30-minute delay on East-West Line due to track fault from 5.45am 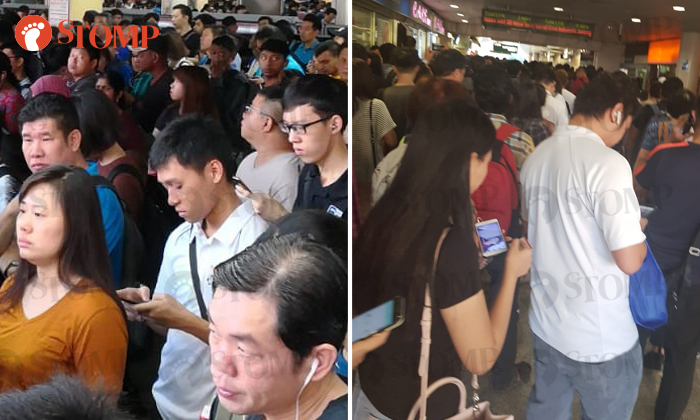 Commuters were hit by a 30-minute delay on the East-West Line during Friday morning's (March 15) rush hour due to a track fault at Clementi MRT station.

Stomper Alex said he was at Jurong East MRT station at around 6am when he learnt of the track fault and delay. 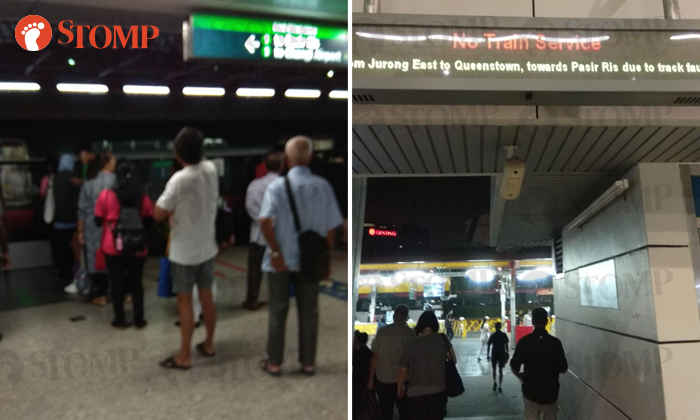 Alex, who was heading to Commonweath, told Stomp: "We waited for the train for around 10 minutes before hearing announcements that there would be a 30-minute delay.

"There were free shuttle buses so I switched to Bus 105.

"However, the wait was very long and there were not enough buses as it was the peak hour for people on early work shifts."

In a tweet at 5.59am, train operator SMRT announced that there was no train service between Jurong East and Queenstown due to a track fault at Clementi.

[EWL] UPDATE: Due to Track fault at #Clementi. No train svc btwn #JurongEast and #Queenstown. Free regular bus service is available between #Jurong East and #Queentown. We are working to recover svc.

At 6.29am, it told commuters to add 30 minutes of travelling time due to the fault.

Stomper Yasmin, who was at Lakeside MRT station at about 7.10am, shared photos and videos showing human traffic at the scene.

She was heading towards Raffles Place so that she could change trains and travel to Dhoby Ghaut.

"It was so congested in Lakeside MRT station. Even the overhead bridge nearby was crowded," said the Stomper.

"There were constant announcements informing of the delay and staff were guiding people as well."

At 7.40am, SMRT tweeted that the fault had been cleared and that train services were progressively being restored.

A photo taken by Stomper DVP shows how there was still a huge crowd at Jurong East MRT station. 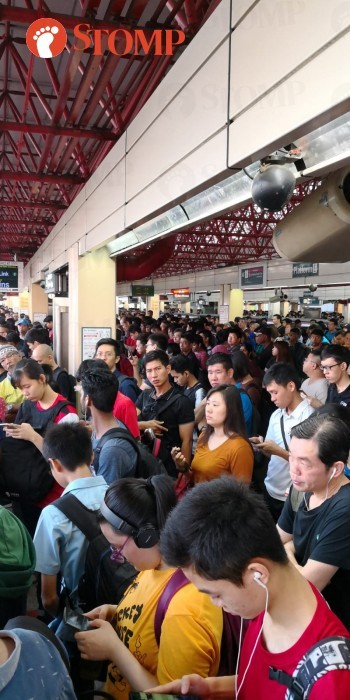 SMRT also said in a Facebook post that the track fault occurred near Clementi MRT Station at around 5.45am, which led to train services being affected between Jurong and Queenstown MRT stations.

"We are sorry for affecting your commute this morning," it added. 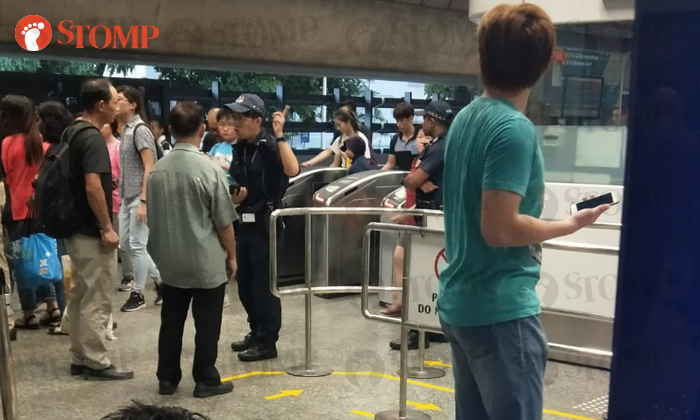 Sharing photos of the crowd at Clementi MRT station, Stomper Aerie said: "When your daily commute takes the day off, everything becomes chaotic. But kudos to the free bridging buses.