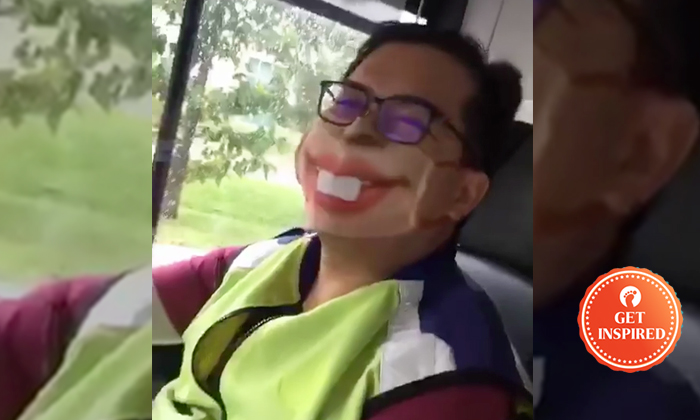 A bus captain brought new meaning to 'service with a smile' with his unusual but cheery face mask.

A Stomper alerted Stomp to a video posted on All Singapore Stuff's Facebook page, showing a commuter asking the bus captain about his mask.

Commuter: Bus captain, where did you buy this face mask of yours?

Bus Captain: I bought it in Taiwan.

Commuter: Taiwan? I want to buy one too. It's too beautiful.

Commuter: No, no, it's really very good. Service with a smile!

It is unclear when or on which bus service the video was taken, though the bus captain is believed to be from SMRT.

Similarly, netizens responded in delight to the video and commended the bus captain's mask. 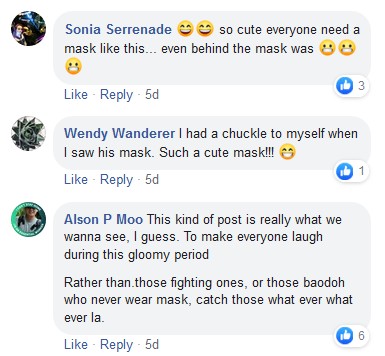 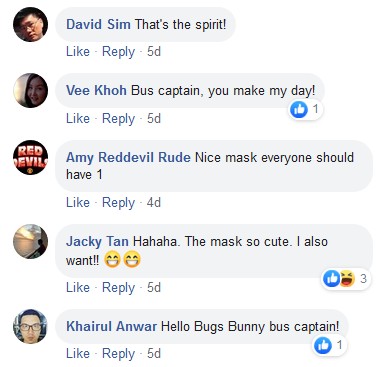 Related Stories
Commuter thought he saw a ghost on MRT train -- but it's just a cosplayer
Woman creates her own personal space on train -- with a hula hoop
Woman who won netizens' hearts with Merlion video is Thai influencer
More About:
Bus
funny
unusual