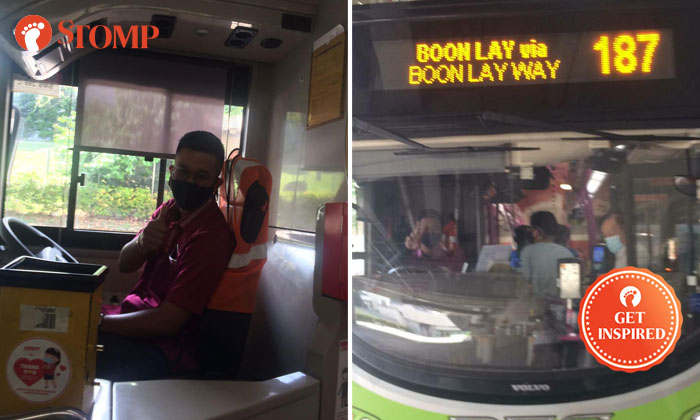 Good service can make all the difference, even when you are taking public transport.

A Stomper was impressed by the service provided by an SMRT bus captain.

"BC Khai is a bus captain driving bus service 187," said the Stomper.

"He is willing to go beyond his duties to serve his commuters in need.

"He always greets his commuters when we board his bus and he would wait for the elderly to sit down before moving off!

"He is always very cheerful when serving the commuters, no matter rain or shine, he greets all his commuters politely.

"Before we alight, he would say thank you and have a nice day!

"I first got to know him when he was driving bus service 904.

"However, there has been a shortage of bus captains as many have been put on quarantine order.

"After that day, I boarded 187 and saw him and he told me that he is now permanently on service 187.

"Most of the elderly commuters enjoys riding his bus as he is very friendly!

"He is someone who really puts in a lot of effort to serve his commuters!"