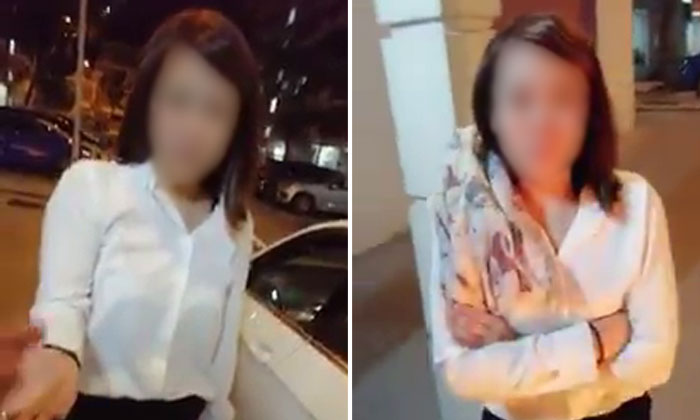 A ComfortDelGro taxi driver has been terminated after he recorded and shamed a female passenger who had allegedly failed to pay her taxi fare, the transport company told Stomp in a statement.

Several Stompers alerted Stomp to the video that has been circulating on social media. It is unclear where or when this happened but the taxi driver mentions that he picked the woman up at Raffles Place.

In the footage, the cabby is heard telling the woman, who appears to be drunk: "I will make you famous."

He repeatedly asks her: "Do you want to pay the taxi fare?"

She is heard responding that she wants to pay him and asks if she can get her bag.

The cabby says her bag is not with her as she requests to checks his vehicle's boot.

He tells her that she is "wasting everybody's time" and continues to shame her by saying repeatedly: "Look at her."

He adds: "Young, beautiful, but a brain full of water."

The video ends after he says the police are on the way.

Although some netizens criticised the passenger for evading the taxi fare, many slammed the cabby for humiliating her. 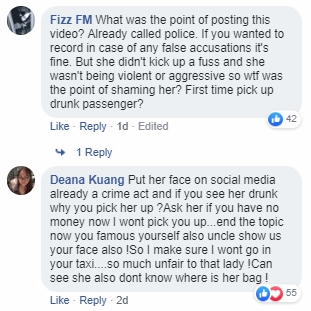 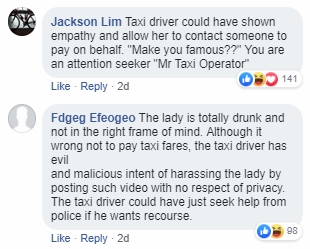 In response to a Stomp query, Ms Tammy Tan, Group Chief Corporate Communications Officer of ComfortDelGro said that the company has investigated the matter.

"The way the cabby handled the incident is unacceptable and we have terminated his hiring contract," she said.

"We are in contact with the passenger and have conveyed the outcome of our investigations to her.

“We would like to take the opportunity to remind our cabbies who encounter drunk passengers and fare evaders to not take matters into their own hands but to report them to the Police and the Company and we will assist them the best we can."