Come on people it's a public parking lot, don't anyhow 'chope' it like this! 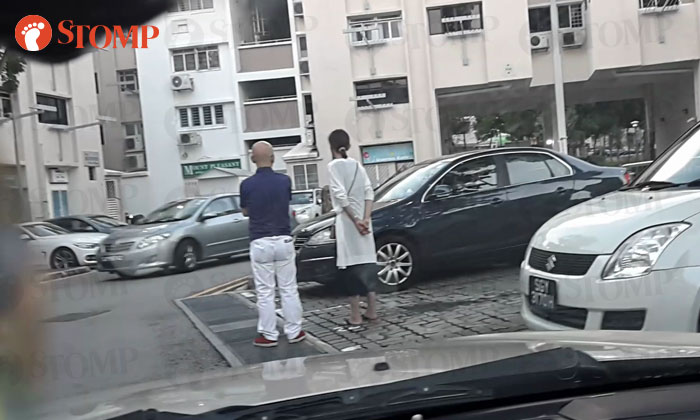 Stomper Wong came across two people 'choping' a parking lot as he was looking for one yesterday (Aug 18) at around 6.30pm near Block 105 at Clementi Street 12.

In a telephone interview, he said that the duo was there for about 10 minutes.

At one point, Wong tried to reverse his car into the lot they were standing on.

However, as he was doing so, they gestured to him.

The Stomper believes they were asking him to stop as they were helping someone to reserve the lot.

Wong obliged, and drove around the car park to look for other parking lots.

He eventually found one near the spot where the individuals were standing.

The Stomper feels that what they did was not right as it is a public car park.

Related Stories
Here's why you should not chope a table with your handphone
Win liao lor: Woman stands in parking lot to chope spot for driver
Who needs tissue packets when you can 'chope' tables with bowls?
More About:
chope
inconsiderate
HDB
parking
carpark