CNB officers seize over $220k worth of drugs, 2 Singaporeans arrested 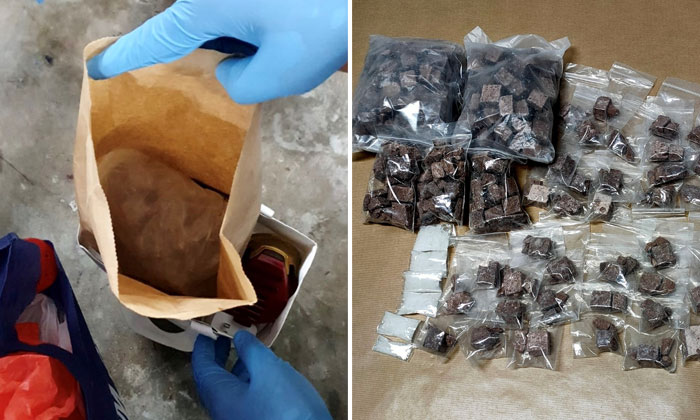 More than 3kg of heroin - sufficient to feed the addiction of about 1,450 abusers for a week - were among the drugs seized by Central Narcotics Bureau (CNB) on Thursday (Jan 28).

About 3,055g of heroin, 58g of Ice - which is the street name for methamphetamine - and one Ecstasy fragment were seized during the drug bust. The drugs are estimated to be worth over $220,000.

Cash amounting to $1,650 and 100 nitrazepam tablets, which are used as sleeping pills, were also recovered.

CNB officers arrested the two men at a hotel near Jalan Sultan on Thursday morning.

"As the officers moved in to arrest the suspects, both put up a violent struggle and necessary force was used to subdue them," said the CNB.

The other man was found with 58 packets and straws containing about 629g of heroin, seven packets with about 36g of Ice, and cash amounting to $1,650.

The 35-year-old man was later taken to his hideout near Lorong 22 Geylang, where about 10g of heroin and 100 nitrazepam tablets were found.

Investigations into the drug activities of the suspects are ongoing.