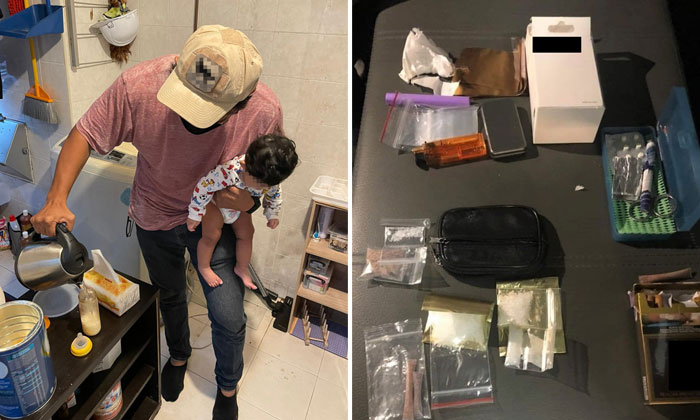 More than $198,000 worth of drugs were seized in an islandwide operation by the Central Narcotics Bureau (CNB) from July 12 to 16.

The CNB said in a statement that the youngest person arrested was a 16-year-old Singaporean male suspected drug abuser.

During the operation, three young children, aged five, two and 10 months old, were found in close proximity to where suspected illegal drug consumption or activities had taken place.

An officer at the scene was moved when he saw the 10-month-old baby crying.

He said: "As a father to two daughters, I instinctively knew that the baby needed to drink milk when I saw her crying.

"It saddens me to see such innocent victims being brought up in such an environment.

"This is the reason why CNB officers are motivated to give our best in our work."

CNB said that the children have been placed in the safe custody of their next-of-kin.