Cluttered Yishun corridor has been cleaned up 5 times in 2020, but situation remains 'challenging' 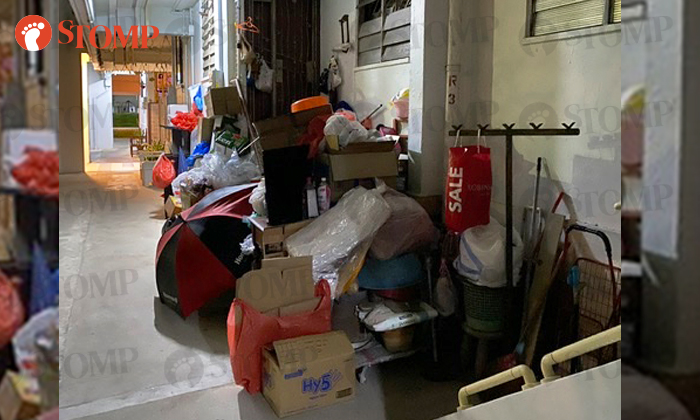 A resident in Yishun has been cluttering the corridor with bulky items "for the longest time", but the situation remains a challenge for the authorities and neighbours despite intervention.

Stomper Lydia said an elderly woman, who lives in a ground-floor unit at Block 135 Yishun Street 11, is responsible for the clutter. 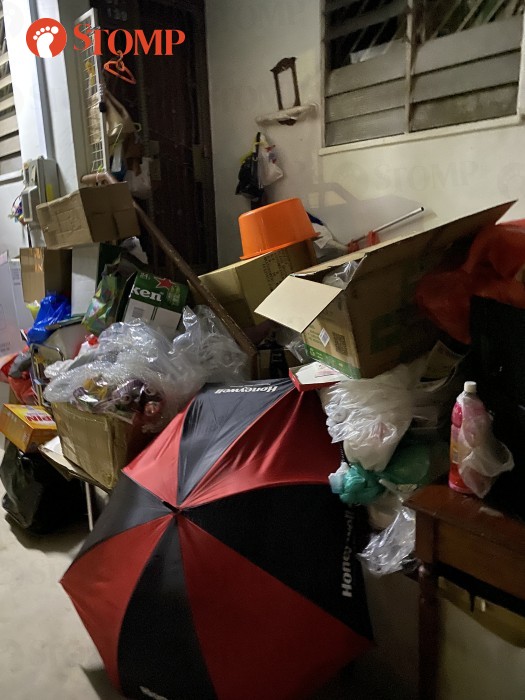 Lydia, who moved into the area a year ago, told Stomp: "There are so many things outside her house. The things are blocking the stairs entrance to her house.

"It's so dangerous as it's a fire hazard. How will she escape if there's a fire?

"And talk about the rise of dengue fever. I walked passed her unit and there was an unpleasant smell. I also saw roaches and a rat.

"Something needs to be done. Or maybe they have already been done but she's stubborn because it’s been going on for the longest time."

In response to a Stomp query, Nee Soon Town Council said it is aware of the issue and had gotten in touch with the resident "several times".

A spokesman added: "In 2020, we have intervened and cleared up the area five times.

"We understand that the cluttering habit is a social issue and has been working closely with the Residents' Committee (RC) to reach out to the resident for assistance.

"However, the situation has been challenging for the town council, RC and the neighbours.

"Nevertheless, we will continue to get in touch with the family."

The town council is also closely monitoring the common areas around the unit to remove items that pose potential danger to the public, said the spokesman.