Club bosses told dancers to have sex with customers: Woman got slapped when she refused 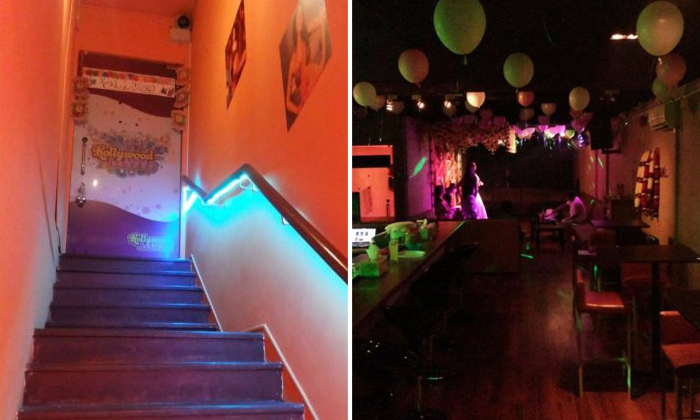 A Bangladeshi woman came to Singapore thinking that an agent had arranged a domestic worker job for her, but was instead told to work as a dancer in a club.

Two weeks later, she was promised $1,000 if she had sex with a friend of one of the club's bosses. She refused and was slapped by one of the bosses.

The following month, she and three other performing artistes at the club went to the authorities.

Last year, the two men who ran the club were found guilty of several prostitution-related offences and for obstructing the course of justice.

Rajendran Nagarethinam, 60, who faced four charges, and Arumaikannu Sasikumar, 46, who faced three charges, appealed against their convictions and sentences.

On Wednesday (Aug 25), the High Court partly allowed Rajendran's appeals, acquitting him of one charge and reducing his sentence in two other charges.

The court dismissed Sasikumar's appeals and upheld his sentence of 16 months' jail and a $11,000 fine.

Rajendran, a Singaporean, and Sasikumar, a permanent resident, employed several women as performing artistes to dance and entertain customers at their club, Kollywood.

On separate occasions, Rajendran or Sasikumar, assisted by a Bangladeshi employee named Roky, asked the two women to provide sexual services to customers.

Ms Bithi reluctantly agreed to have sex with two customers as she was worried that Sasikumar would withhold her salary. Each customer paid her $500, which she passed to Sasikumar.

Ms Tina adamantly refused to have sex with customers, even after Rajendran showed her bundles of $50 and $100 notes.

Angered, he slapped her and then gripped her from behind by the neck, but she freed herself.

In the early hours of Feb 11, 2016, Ms Bithi, Ms Tina and two other women who worked at the club left the flat where they were housed.

With help from a compatriot, they reported to the Manpower Ministry that they had not been paid their salaries and were made to go out with customers.

Rajendran and Sasikumar each faced charges for procuring Ms Bithi for the purposes of prostitution and for living on her earnings from prostitution.

Both men also each faced a charge of obstructing the course of justice by arranging for Roky to leave Singapore in order to evade arrest.

In Rajendran's appeal, he said that Ms Tina was recruited to be a domestic worker and then a performing artiste, not for sexual exploitation.

He argued that there was no sexual exploitation as she refused his requests to have sex with customers.

He also argued that he did not procure Ms Bithi for prostitution.

Justice Tay found that Rajendran clearly tried to recruit Ms Tina for the purpose of prostitution. He convicted Rajendran of an amended charge of attempted recruitment, and cut the jail term for this charge from 14 months to seven months.

The judge acquitted Rajendran of the procurement charge as there was insufficient evidence to show that Rajendran was involved in the first instance of Ms Bithi's prostitution.