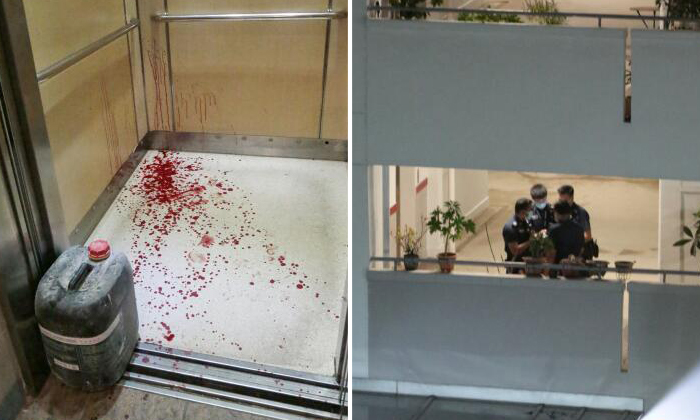 A man left a 500m blood trail following a dispute with his wife, during which he smashed his fist into a glass window.

According to Shin Min Daily News, a man in his 30s had a dispute with his wife after getting drunk. He then smashed his fist into a window, leaving glass shards on the ground while he bled profusely.

A neighbour, who declined to be named, reported hearing loud quarrels from the man's unit but could not make out its content.

The man left his unit following the incident and left a 500m blood trail at the scene, reported Shin Min.

Residents were shocked to see blood stains along the corridor, at the lift landing and on the staircase.

There were also blood stains and bloody handprints on the ground floor of the block, along a sheltered walkway linked to Block 611, the carpark, a nearby bus stop, the overhead bridge and a playground.

The Singapore Civil Defence Force (SCDF) said it received a call for assistance at around 11.30pm and conveyed one person to National University Hospital.