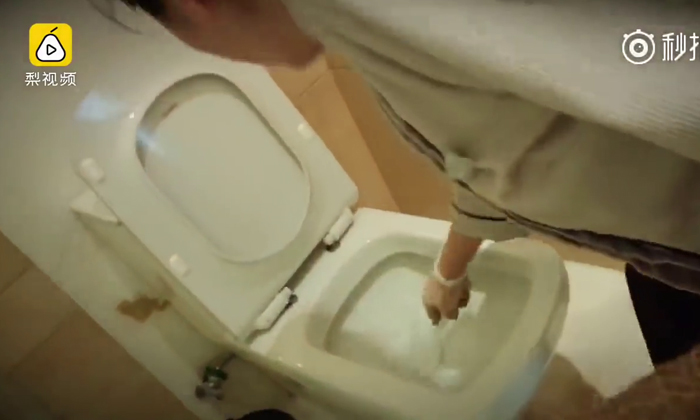 Three internationally renowned hotels in Harbin, China, have been fined for poor hygiene standards, following a video that showed cleaners using the same brush on toilet bowls, basins and crockery.

The incriminating clip was shot using a hidden camera, by a Pear Video intern who was working at the city's Sheraton, Shangri-La and Kempinski hotels.

In the video, Shangri-La and Kempinski staff can be seen cleaning the rooms’ cups with a toilet brush. They also washed towels in the toilets before using them to wipe the floor.

At the Sheraton, cleaner used the same brush for the water basin and the toilet.

Other snippets that the cleaners can be heard saying in the video:

All three hotels were told to address the issue and hit with a fine, though no further details such as the amount was provided.

Harbin Kempinski expressed regret over the incident through its social media account, and said it would take the necessary steps to prevent such things from happening again.

Harbin Shangri-La said in a statement that it had started an internal investigation: "If what was shown in the video was proved to be true, it would be a serious violation of our hygiene standards and it would not be acceptable"

It added that the hotel would also step up monitoring staff’s work and training, as well as "cooperate with local government to properly implement all hygiene measures.”

Sheraton has yes to respond.