Cleaner pressed infant son down by his neck due to 'noise'', punched 20-year-old wife for intervening 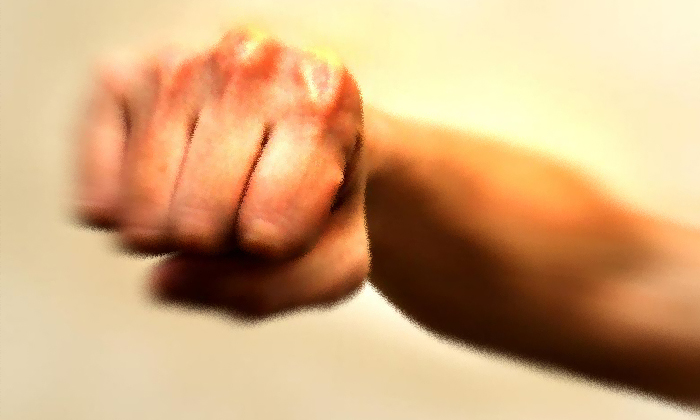 Irritated by the "noise" his six-month-old son was making, a cleaner, who was trying to sleep, yelled at his wife, telling her that he would ill-treat both her and their child.

The 25-year-old man later ordered his wife to place their baby on a bed before pressing the child down by the neck, causing him to cry in pain.

When his wife intervened, the man punched the 20-year-old woman's forehead.

The man pleaded guilty in court on Monday (Nov 25) to one count each of assaulting his wife and causing hurt to the baby by performing a rash act.

He cannot be named as the court imposed a gag order to protect the child's identity.

The court heard that the cleaner, his wife and their child lived in a Punggol flat with his brother and the woman's sister.

The cleaner was at home on Sept 2 this year when he berated the infant. At around 3pm, he asked his wife to place the baby on a bed. She initially refused but relented when he insisted.

The woman heard the baby crying soon after and saw him lying face down on the mattress with her husband pressing down on the boy's neck.

Deputy Public Prosecutor Jane Lim told District Judge May Mesenas: "This caused the victim to suffer pain. The victim was crying and had vomited a bit of milk on the bed."

A struggle ensued when the child's mother intervened. She slapped the man's face and managed to grab their son away. The cleaner retaliated by punching her forehead.

The woman then ran away from the flat while carrying the baby and passed him to a neighbour.

After that, she went to Punggol Neighbourhood Police Centre and told officers about what had happened.

The woman went to Sengkang General Hospital at around 5pm that day, where she was diagnosed with a minor head injury. She was then given seven days of hospitalisation leave.

The baby was taken to KK Women's and Children's Hospital about six hours later.

A medical report stated that he was in "fair general condition" and his vital signs were stable.

No injuries were found during an examination and he was later discharged.

The offender, who was unrepresented, told Judge Mesenas on Monday that he now lives separately from his wife and child. He will be sentenced on Jan 13 next year.

For causing hurt by committing a rash act, he can be jailed for up to a year and fined up to $5,000.

Related Stories
Unemployed man molested wife mid-divorce, harassed their teenage kids and was violent in front of them
Stepdad grabs 8-year-old boy's neck, lifts him off ground and slams him into pile of clothes
Mum who abused young son, fractured his skull and caused him to have cerebral palsy gets jailed
More About:
assault
baby
abuse
couple
court