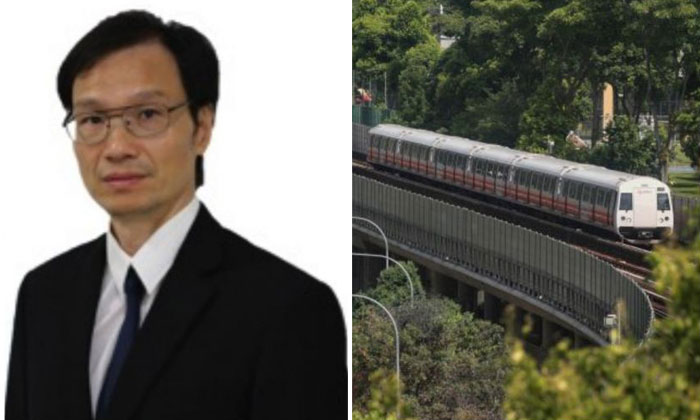 An engineer with a doctorate was on Tuesday (Feb 9) sentenced to 18 days’ jail for molesting a 39-year-old woman on an MRT train.

Shen Ruifu, 54, who holds a PhD in geotech, a branch of civil engineering, was previously with the National University of Singapore and had left in 2015.

Deputy Public Prosecutor Eugene Teh told the court that the Singaporean had boarded a train on the North-South Line at Sembawang station on Dec 12, 2018.

The victim took the same train as it pulled up at Ang Mo Kio station at around 7.40am. She then stood near a door with Shen standing to her right.

“At about 7.45 am, while the train was travelling from Ang Mo Kio MRT station to Bishan MRT station, the victim felt something scratching her right inner thigh.

“She looked down and saw the accused person’s right hand touching her right inner thigh over her skirt with a scratching motion,” said the DPP.

The woman grabbed Shen’s hand and shouted for help, before alighting at Bishan station. She told him to get off as well.

A male commuter, who noticed the commotion, also left the train to assist the woman. The police were later alerted.

Defence lawyer Raphael Louis told District Judge Marvin Bay that his client committed the act of molestation at the spur of the moment and the offence did not involve skin-to-skin contact.

The lawyer also said that it was Shen’s first brush with the law.

Before handing down the sentence on Tuesday, Judge Bay said that he is “mindful of Dr Shen’s contributions to geo-technological sciences and the construction industry in this country”.

However, the judge noted that Shen should have known better due to his age.

“I do note that the offence was committed in our public transport network and it is essential that all commuters should feel safe and protected from unwanted groping, touches, scratches, or other acts of molestation while using our public transport system,” said Judge Bay.

For molestation, Shen could have been jailed for up to two years and fined or caned.

Related Stories
Briton, 29, pleads guilty to molesting his 3-year-old female student at learning centre
2 men arrested for outrage of modesty in separate cases
Reformative training for youth who blindfolded and handcuffed girl, 13, in toilet before groping her
More About:
jailed
molest
outrage of modesty
train
MRT