Circuit Road resident trapped in lift that broke down, repairs carried out 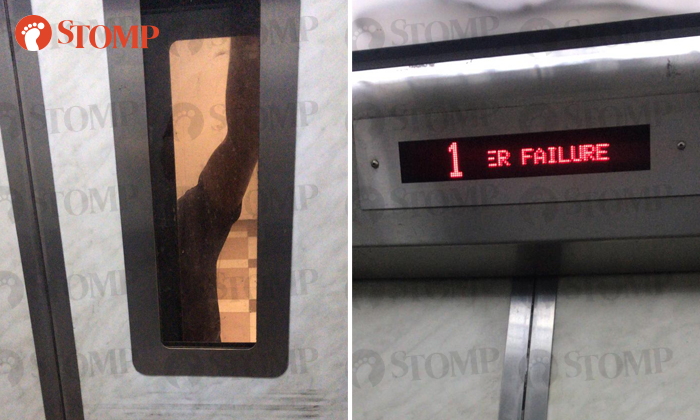 A lift at Block 41 Circuit Road broke down on the night of Nov 15, causing Stomper Arjun to be trapped inside.

He told Stomp: "I was stuck inside Lift B at around 8.30pm for nearly 30 minutes.

"A worker from the Town Council came to open the door after I alerted them.

"However, the first guy who came didn't manage to open the door. A second man (pictured below) arrived 10 minutes later." 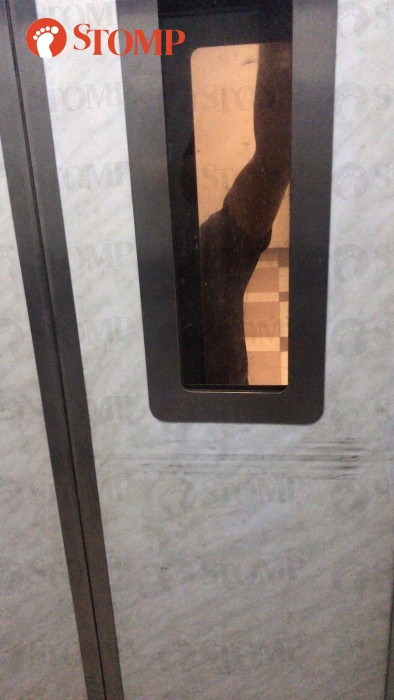 Arjun was then freed within 20 minutes. That, coupled with the 10-minute waiting time, meant that he was in the lift for almost 30 minutes, explained the Stomper.

He added: "When the lift door opened, the lift was still about half a storey above the ground.

"It was okay for me since I was able to jump down, but what if there were old people or pregnant women? How are they going to jump?

"I feel that this particular lift really needs attention."

Responding to a Stomp query, Marine Parade Town Council said it was aware of the lift breakdown.

A spokesman told Stomp on Wednesday (Nov 28): "The lift rescue operator had attended to the case immediately upon being alerted.

"The passenger trapped was released within 20 minutes.

"The lift company had also carried out thorough checks and repairs to the affected lift. Since then, the lift has been working normally.

"We would like to thank the resident for his feedback, and we will continue to closely monitor the performance of the lift."

View the gallery for more photos that Arjun took while stuck in the lift.