Circuit Road murder: Man who strangled nurse, tried to have sex with her corpse gets life sentence 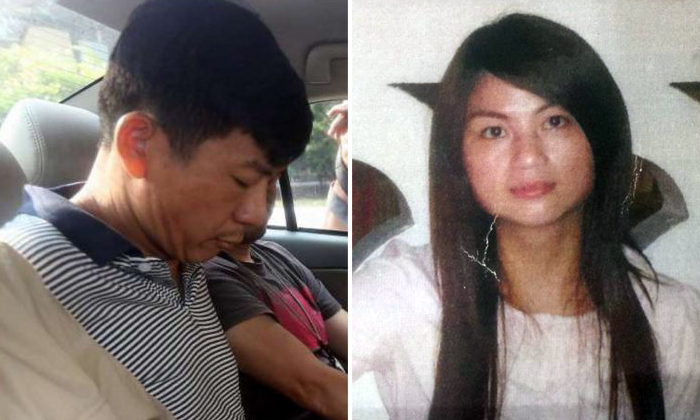 A 51-year-old man who strangled a 28-year-old nurse after she told him she was seeing other men, then tried to have sex with her corpse, has been sentenced to life imprisonment.

Boh Soon Ho, a cafeteria worker, was convicted on Friday (Feb 7) of murdering Miss Zhang Huaxiang at his rented Circuit Road room on the afternoon of March 21, 2016, by strangling her with a towel.

Boh, a Malaysian, had never been physically intimate with Miss Zhang in the years they knew each other.

But he considered the Chinese national to be his girlfriend because she fed him popcorn at the movies and sought his opinion when he went with her to shop for clothes and undergarments.

Defence counsel Eugene Thuraisingam had argued that Boh should be convicted on a reduced charge of culpable homicide not amounting to murder, on grounds that the man had lost self-control as a result of grave and sudden provocation.

But High Court judge Pang Khang Chau found that the provocation was not grave enough to warrant a defence against murder.

Boh will be filing an appeal against the conviction, Mr Thuraisingam said.

Boh and Miss Zhang got to know each other some time in 2011 or 2012, when she was working part time at a staff cafeteria while studying nursing.

He said he bought her gifts and paid when they went out for meals, shopping and gambling. He called her Princess Xiang Xiang, while her nickname for him was God of Food, because he loved eating.

He had never asked her to be his girlfriend, felt too "embarrassed" to hold her hand or kiss her, and his proposal of marriage was met with silence.

In early 2016, he suspected she was seeing someone else and spied on her.

On March 18, 2016, he saw her leaving her block with a man in a taxi. He felt jealous and believed that she was cheating on him.

Boh then asked her to go over to his place for a steamboat lunch on March 21.

When he saw her combing her hair in his room, he tried to have sex with her, but she rejected his advances, telling him "Crazy, go away" in Mandarin.

He tried to force himself on her, putting an armlock around her neck and dragging her into his room, but she put up a fierce struggle.

When he confronted her about the man who was with her, she told him that she had gone out with the man several times.

She also told him that her former boyfriend had come to visit her from China and it was normal for them to be intimate.

On hearing this, Boh became furious. He took a bath towel, looped it around her neck and pulled it for about two minutes until there was no sign of life.

He carried her body to his bed, took off her clothes and took photos of her nude body.

He still wanted to have sex with her as he felt he could do what he wished, now that she could no longer resist him. However, he was unable to perform sexually.

Boh left Singapore the next morning after selling off some items and collecting his salary.

He took a taxi to Woodlands Checkpoint, and after clearing Customs, took another taxi to his younger sister's home in Melaka, where he immediately confessed to her.

That evening, his landlord in Singapore, Mr Chai Yong Siong, found the body and called the police.

The following morning, Mr Chai received a call from Boh, who told him he had strangled Miss Zhang.

Over the next two weeks, the landlord continued texting Boh, while keeping the police updated on the exchanges.

On April 4, 2016, Boh was arrested by the Malaysian police at a restaurant. He was brought back to Singapore the next day.