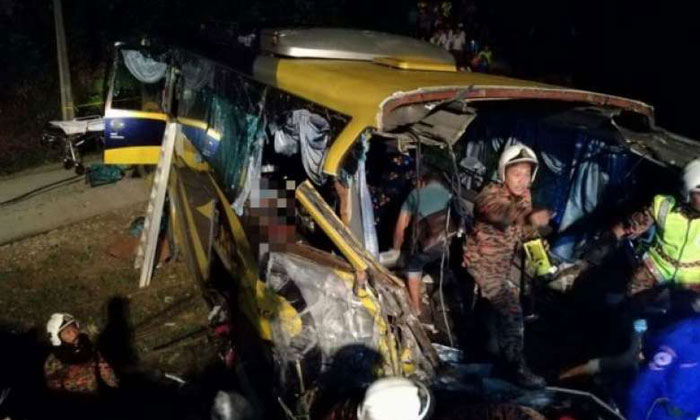 Fourteen people were killed and 16 others, including six Singaporeans were injured when the express bus they were travelling in skidded and plunged off a 6.09m cliff in Muar, Malaysia this morning (Dec 24).

According to The Star, the bus was heading to Kuala Lumpur from Johor Baru.

Twenty-five firemen from Muar, Bukit Gambit and Yong Peng stations were deployed to Kampung Jayo, Jalan Kangkar-Sengangah, Pagoh after a distress call was made at 4am.

Johor Fire and Rescue Department deputy director Mohd Yusof Mohd Gunnos said that the road was in good condition and that it was not raining when the accident happened.

The driver was one of the people who died in the crash.

Among those injured were Malaysians, six Singaporeans, two from Myanmar and one person whose nationality has yet to be verified.