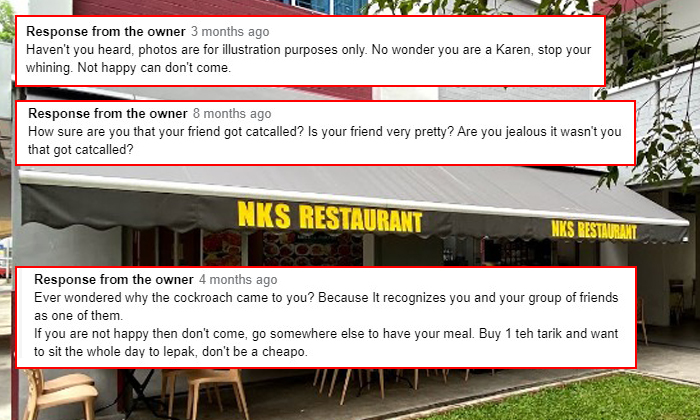 With an average rating of 2.9 stars based on 87 Google reviews, NKS Restaurant is probably not a dining establishments that stands out for excellence.

A common gripe about the eatery, located at Block 204 Choa Chu Kang Avenue 1, is the long waiting time and slow service.

However, what NKS Restaurant does stand out for are its snarky replies to negative reviews from customers.

Stomper Hans was amused when he came across the replies while Googling for the restaurant and shared them with Stomp.

He said: "The replies were either sarcastic or rude, and it is rather unusual for an F&B company to reply in such a manner, especially since the business is customer-centric.

"However I found their very amusing. I had a good laugh at some of their replies. There are a couple of rib-tickling ones there."

A response seemingly favoured by NKS Restaurant is telling customers not to come if they are unhappy and berating them for 'making noise'.

The restaurant's stance remains the same even if they have gotten your order wrong because apparently everyone makes mistakes.

Name-calling and personal attacks also appear to be the norm for NKS Restaurant.

Complaints about the food? Blame the "lazy" customer for ordering delivery and the menu because "photos are for illustration purposes" only.

"No wonder you are a Karen, stop your whining," said the restaurant in response to a reviewer named Karen.

After all, not happy then don't come, right? Just ask these satisfied customers, of which the restaurant has its fair share too. 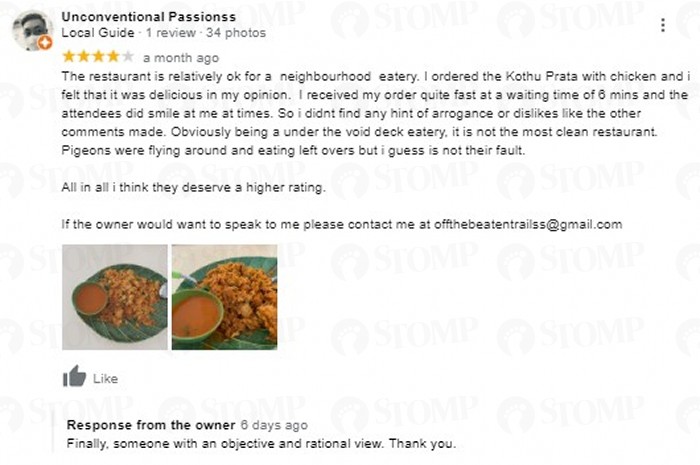 A reviewer, who described NKS Restaurant as "relatively ok", said he received his order "quite fast" within six minutes.

He also disagreed with comments saying that the staff were arrogant, but noted that it is "not the most clean restaurant".

To this, the restaurant replied: "Finally, someone with an objective and rational view. Thank you."

What do you think of the restaurant's replies to reviews?