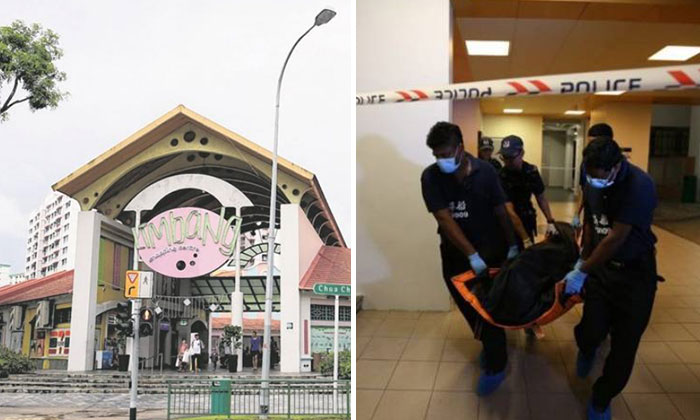 A domestic helper allegedly killed her elderly employer in her flat and went to a maid agency to seek help.

The 24-year-old maid was later arrested at the agency by the police.

The harrowing incident happened on Monday (June 25), and the police received a call for assistance at 3.09pm.

Upon arrival, the police found the 70-year-old victim lying motionless in the flat and she was pronounced dead by paramedics at scene.

The police conducted an island-wide manhunt for the woman and arrested her at about 6pm on the same day.

She was charged with murder on Wednesday morning (June 27).

Other than conducting searches, the police also sent out an alert to taxi drivers to look out for the suspect.

According to Lianhe Wanbao, the maid left the flat immediately after reportedly killing her employer.

She then lingered in the vicinity for a while before going to a maid agency at Limbang Shopping Centre.

Lianhe Wanbao understands that the maid had told agency staff about the incident. A staffer then called the police.

An employee working in a clothing shop near the agency told reporters that around 10 officers had shown up at the agency at about 5pm on Monday.

The employee, who declined to be named, said a maid was then handcuffed and led away by police officers.

He said: "The police locked down both pathways in and out of the mall to conduct their investigations. Some of the officers ran past the store.

"It was very noisy and the atmosphere was very tense. I walked out of the store to check what was happening and spotted about 10 officers at the maid agency.

"The maid did not seem cooperative at first until a female officer spoke to her. She was then brought out from the agency."

The employee added that the maid looked meek and small in stature. She was crying as she was being led away by the officers.

Correction note:  The name of the deceased and all references to her address were removed from earlier versions of the article due to a new gag order. This is to protect the identity of one of the trial witnesses who is below 18 years of age.