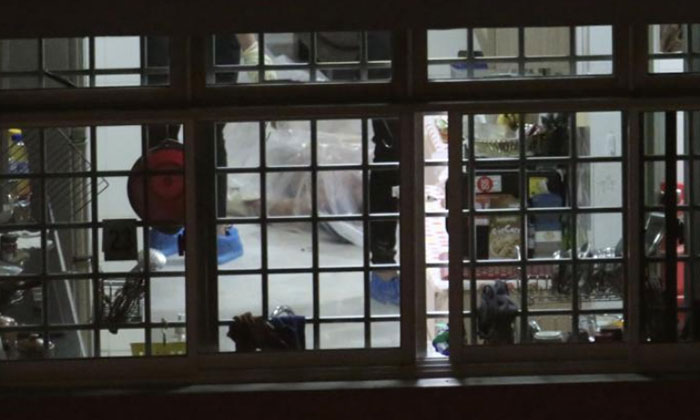 A 70-year-old woman who was allegedly murdered in her 5-room flat, suffered stab wounds on her neck and chest.

The suspect, a 24-year-old Burmese national who worked as the victim’s maid, was subsequently arrested by the police on Monday (June 25).

She left the flat for at least three hours before she was arrested, reports Shin Min Daily News.

The maid had only started working for her employer barely two months before the grisly incident.

Shin Min Daily News visited the scene and found that the waste chutes and lift lobby from the 10th to 12th floor were cordoned off by the police.

Reporters observed large patches of dried blood on the victim's body, but most of the stains were concentrated around her neck and chest.

A resident told reporters that there were five occupants staying in the victim’s flat at the time of the incident.

These five included the victim, her daughter, son-in-law, and two granddaughters.

The family has lived in the flat for at least 17 years.

The resident added: "The family hired maids to look after the elderly and children at home. Later, we all heard rumours of a murder committed by a maid.

"Many residents were questioned by police officers. They asked us if we had seen the Burmese maid."

The police said that they had received a call at 3.09pm, requesting for assistance at the residential unit, and found the elderly woman lying motionless in the flat.

She was pronounced dead by paramedics at scene at about 3.29pm.

The suspect was arrested and the case classified as murder.

Investigations are ongoing, and the suspect was charged for murder in court earlier this morning (June 27).