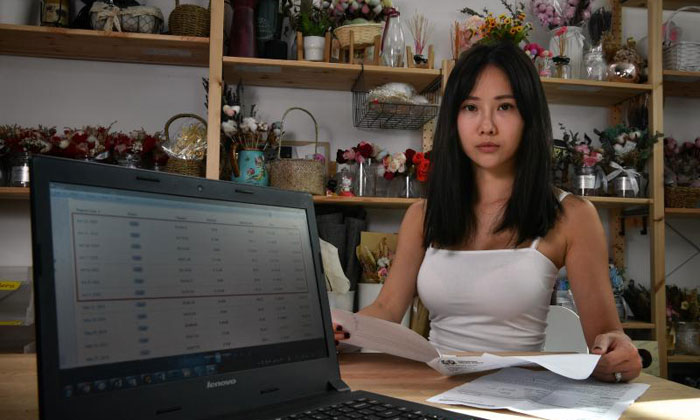 On Wednesday (June 12), florist Wendy Han logged into her e-commerce account and saw she had no sales for that month.

She immediately called the e-commerce platform, Shopify, and realised her account had been allegedly hacked and lost $24,000.

Speaking to The New Paper, Ms Han, 32, the owner of florist Floristique, said: “It didn’t immediately occur to me that I got hacked. I just had a very bad feeling.”

All of the sales proceeds for her business go through Shopify as the business, which Ms Han runs with her husband, relies on e-commerce.

Ms Han said: “Shopify said that they informed us about the account change, but we did not receive any notification.”

The couple made a police report.

That night, the couple had a hard time sleeping.

Said Ms Han: “It’s very painful to lose our earnings just like that because it’s not easy to run a business. It’s like all the work that I’ve put in over the past two weeks has all been done for free.”

The couple had left their jobs at the bank and started the business about one and a half years ago.

“For the first year, we didn’t have any income. But now, when business is finally picking up, this has to happen to us. Why can’t things go smoothly?”

“We just have to tap our savings and move on. Now we have to think of ways to pay our staff and our suppliers. We don’t dare open our bills. It will send me over the edge.”

The couple are not the only victims of such scams.

Other merchants from around the world have taken to social media to post about their online stores being hacked.

A spokesman from Shopify said the company provides guidelines and support for its merchants to manage their accounts securely.

Said Ms Han: “I never thought this would happen to me, but it did. I want to warn others to take precautions. We can’t be easy targets for hackers.”