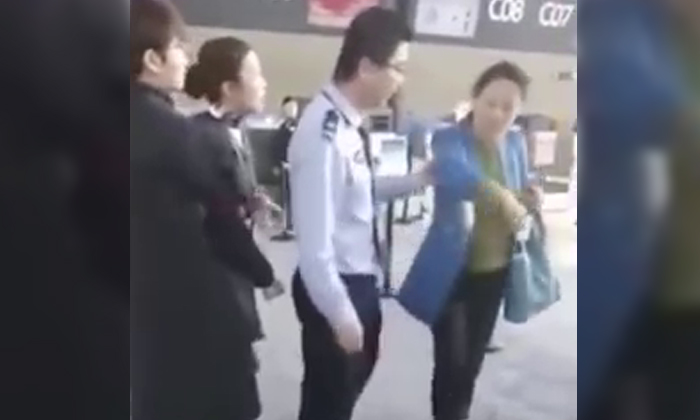 A woman was caught on camera threatening and cursing at airline staff at the Zhongchuan Lanzhou Airport in China's Gansu province, after she was reportedly late for a flight.

In a video published by Pear Video on Wednesday (May 16), the woman identified herself as a university professor and was shouting at a female employee who was wearing the uniform of China Eastern Airlines.

"I said my students were all majoring in civil aviation services … I'm a university professor. What did you say to me? You say that again and I will slap you in the face. Do you believe it or not?" she could be heard saying.

The dispute apparently occurred as the woman was late and had been denied from boarding the flight, reported South China Morning Post (SCMP).

A ground staff member and a police officer tried to diffuse the situation, prompting the employee to explain that the passenger had hurled vulgarities at her.

She told the passenger: "You were late. You insisted in asking me [to getting you aboard],” only for the latter to retort with more swear words.

The conflicted was eventually resolved with both women apologising to each other. No police action was taken.

According to SCMP, any users said they recognised the woman as an academic at Northwest Normal University in the city.

Although the university did not respond to requests to confirm her identity, it said it would speak to the police before deciding whether to issue a response.