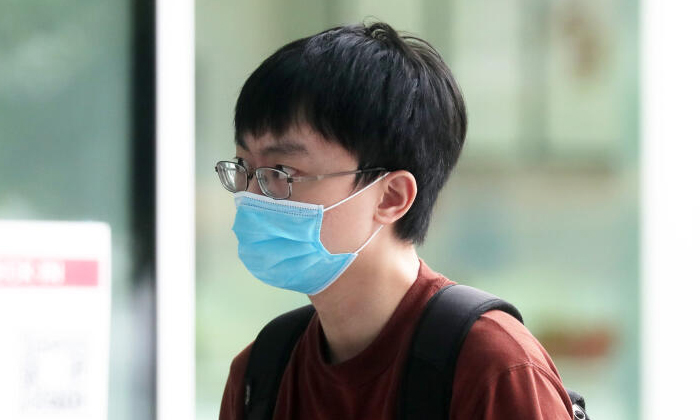 While working as a research staff member at the Nanyang Technological University (NTU), a Chinese national was caught taking an upskirt photo of a woman at a shopping centre in Orchard Road.

During a raid of his home last year, police found similar photos of about 400 women in various locations, including at NTU, various shopping malls and MRT stations.

Guo Zhihong was sentenced to 10 months and five weeks' jail in court on Monday (March 21) after he pleaded guilty to two voyeurism charges and one charge of insulting the modesty of a woman.

District Judge Kok Shu En agreed with the prosecution's labelling of Guo as a "prolific serial upskirter" given the number of women he had taken photos of.

According to court documents, Guo was working at NTU's School of Civil and Environmental Engineering on a short-term employment pass at the time of the offences.

An NTU spokesman told The Straits Times that Guo’s employment with the university was terminated on April 22 last year.

“NTU has a zero-tolerance stance towards all forms of harassment, including voyeurism and sexual misconduct,” the spokesman added.

Deputy Public Prosecutor Lee Wen Kym told the court on Monday that at about 6pm on April 11 last year, Guo went to Orchard MRT station with plans to have dinner alone and record upskirt images.

At about 8.15pm, a man who was walking from Ion Orchard towards Orchard MRT station with his girlfriend, saw Guo walking closely behind two other women while holding his cellphone below one of the women's shorts.

The man - Mr Seah Choon Kong - and his girlfriend continued observing Guo as they walked towards Wheelock Place.

While Guo and the two women were on an escalator, Mr Seah saw him take upskirt images of one of the women. When they reached the basement level, Mr Seah asked the two women if Guo was their friend.

DPP Lee said: "After confirmation that (Guo) was not their friend, the witness told (them) that (Guo) had been following them for some time and had behaved suspiciously, by standing close to them and filming them from a low angle."

Mr Seah then confronted Guo and asked to see the photo gallery on his phone.

Guo refused and denied taking any upskirt photos. He was also seen fiddling with his phone, seemingly trying to reset it but Mr Seah stopped him from doing so.

When Guo eventually unlocked his phone, he showed Mr Seah and the two women a random album that had no photos. He also dimmed his screen so the others could not view it clearly.

He gave them many excuses on why they could not check his phone.

When he tried to leave, Mr Seah and two other male passers-by detained him, while Mr Seah's girlfriend notified the security officers of Wheelock Place.

They questioned Guo, who again denied taking upskirt photos, and refused to show them his photo gallery.

The police were called and police officers found multiple photos of women's buttocks in his phone.

Guo admitted he had recorded upskirt images of women without their consent in the past few weeks.

Upon investigation, it was found that Guo had recorded upskirt images from 2015 until his arrest in 2021.

DPP Lee said Guo photographed full-body back views and upskirt views of women in skirts, shorts or yoga pants whom he found attractive.

In her sentencing submissions, the DPP added: "The offences are deliberately committed with pre-meditation as the accused has admitted to planning outings with the purpose of recording upskirt images of women.

"This deliberate, persistent course of offending conduct underscores the need for specific deterrence."

Speaking via a translator, Guo said in mitigation he had taken the photos with a phone and did not buy equipment such as a pinhole camera.

He added: "I took still images instead of videos and admit that I had not (thought about) the victims...

"I have been overseas for more than three years without going home... I will not reoffend."

For each voyeurism charge, Guo could have been jailed for up to two years and fined.

For the count of insulting a woman's modesty, he could have been jailed for up to a year and fined.